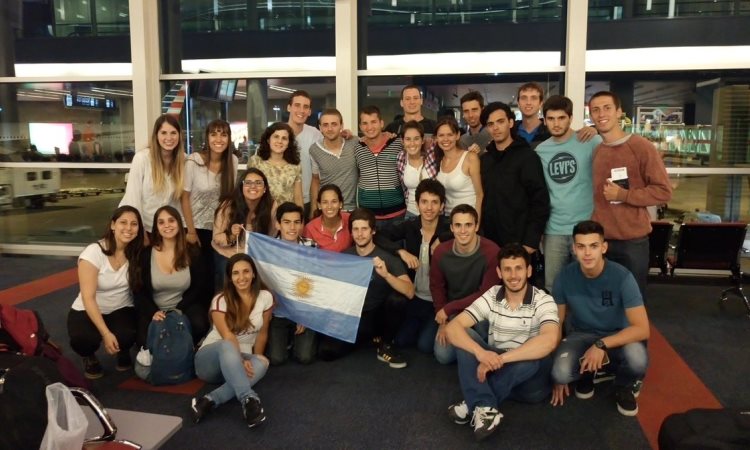 In January, the 145 participants of the Friends of Fulbright Scholarship 2016/2017 departed to the United States for a program that will take place in several universities across the country.

The participants of this Friends of Fulbright new edition come from more than 40 Argentine universities from Jujuy to Santa Cruz, representing more than 20 cities. Students are organized in six groups that will attend programs at University of Texas – Austin, University of Central Arkansas, Mount Holyoke College, University of California-Davis, Virginia Polytechnic Institute, and University of Nebraska-Lincoln.

This program is an initiative of Ambassador Noah Mamet, who invited Argentine public and private organizations to join efforts with the Embassy in funding a program for undergraduate students, and in the long run, increase the total number of Argentine students attending US universities. In 2016, after President Obama’s visit to Argentina, the Government of Argentina joined the initiative, duplicating the number of scholarships. ExxonMobile, United Airlines, Puente, Technology Bureau and Dow also joined the project. The program is administered by the Fulbright Commission and the Ministry of Education.

Scholarships cover application fees, travel, lodging, and are open to students in the third and fourth year of all careers.