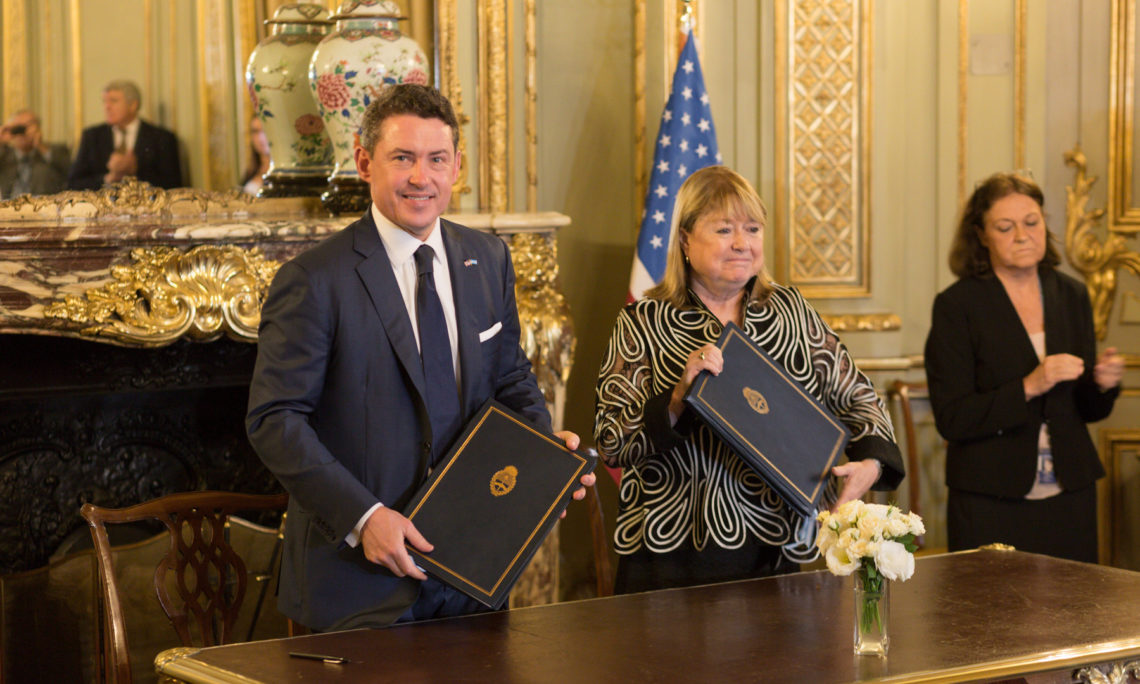 Argentina’s Foreign Minister Susana Malcorra and the US Ambassador, Noah Mamet, presided today at the San Martin Palace the agreements signing between the governments of Argentina and the United States.

Malcorra said: “This marks a new way of working with mature and intelligent peer relationships that help us build a better future, as the President Macri has said.”

“It is an important day for us all and began initialing agreements and declarations that show us a new way of working together. Clearly this is the beginning of a journey. We have much work ahead. Many of the things we are agreeing today mean a major change in the way we interact. And as such, we are putting all our dedication and effort to achieve it,” said Argentina Chancellor.

Security Minister, Patricia Bullrich, and the Interior, Public Works and Housing Minister, Rogelio Frigerio participated in the signing of the following agreements:

1) Agreement between the Ministry of Security of Argentina and the Department of Justice and Homeland Security of the United States on Increased Cooperation to Prevent and Combat Serious Crime.

2) Joint Declaration on Security Cooperation and Facilitation of Movement between the Ministry of Security and the Ministry of Interior, Public Works and Housing of Argentina and the Department of Justice and Homeland Security of the United States of America.

3) Agreement between Argentina and the United States concerning the Construction Safety Officers on Board.

It was agreed too, a Joint Statement by the Minister of Foreign Affairs and Worship of Argentina and the United States Secretary of State in support of the Organization of American States and the Inter-American Human Rights It was also agreed.

The signing of these agreements is part of a package including, among others, the Memorandum of Understanding to Prevent Money Laundering between the Financial Intelligence Unit (FIU) of Argentina and the Financial Crimes Enforcement Network (FinCEN) of the U.S.