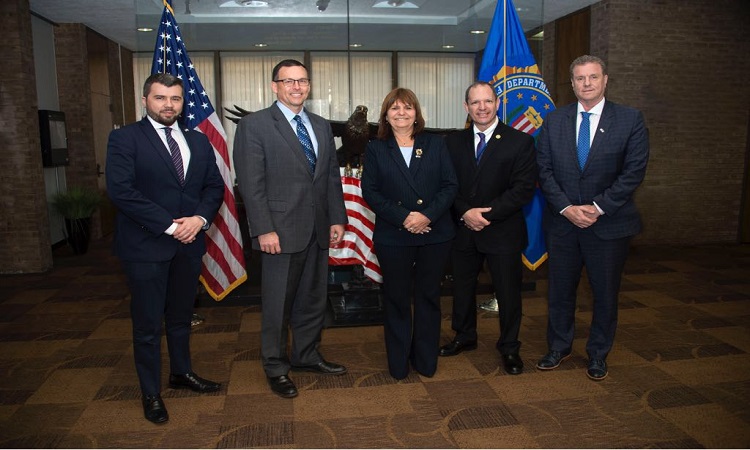 Argentine Minister of Security Minister Patricia Bullrich met with several top US officials to discuss security issues during a trip to the United States from Feb date to date, 2018..

In Washington, DC, Bullrich attended meetings with senior officials from the U.S. Drug Enforcement Administration (DEA), the Federal Bureau of Investigation (FBI), and the Department of Homeland Security (DHS) to discuss deepening law enforcement cooperation between the two nations. She also met with Republican Congressman Hal Rogers, the Chairman of the House Appropriations Subcommittee on Foreign Affairs.

Bullrich then flew to South Florida, where she joined Argentine Minister of Defense Oscar Aguad for meetings with officials from the US Southern Command (SOUTHCOM), the military body responsible for operations in Latin America and the Caribbean, to seek closer collaboration on security challenges. With SOUTHCOM, Ministers Aguad and Bullrich discussed potential logistical support, technical assistance and training to Argentina as it gears up to host the G20 international economic summit later this year.