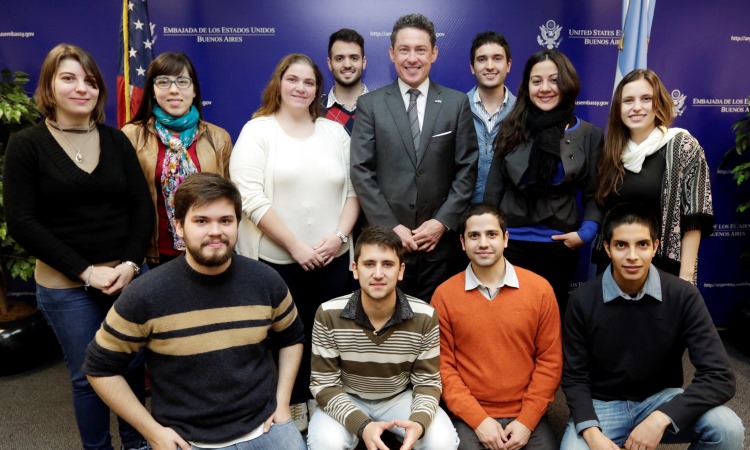 A group of ten university students traveled to the United States on Friday, July 8 to participate in the program “English for Science,” a four-week intensive English immersion program at the University of Texas at Austin.  All participants are outstanding science students from different public universities.

Ambassador Noah Mamet met with the group at the Embassy.  During the meeting, the Ambassador and the students talked about the students’ expectations for the program and the benefits of academic exchanges between both countries.

The U.S. Embassy covers the costs of the program for students and encourages participants to apply for future academic opportunities in the United States, including those offered by the Fulbright Commission in Argentina.