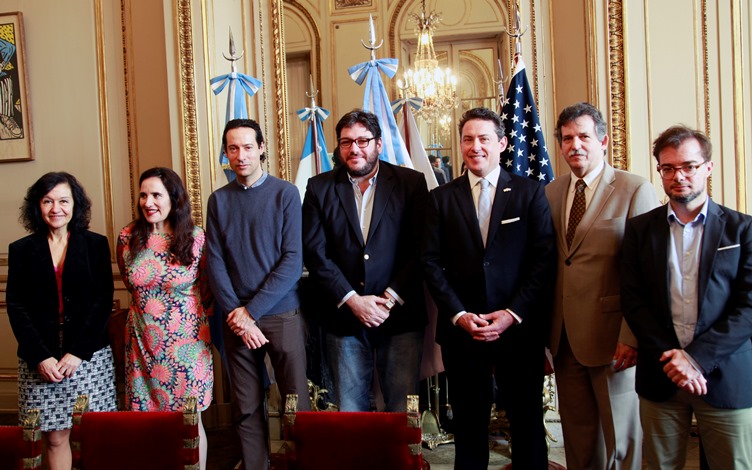 The Fulbright Commision and the National Arts Fund of Argentina signed an agreement to relaunch scholarships for Argentine artists to travel for three to six months’ study in the United States. The agreement provides for five scholarships; the artists will travel in 2017. The categories of artistic endeavor covered by this agreement are architecture, cinema, dance, design, fine arts, folklore, literature, music and theater. The call for applications will be in November 2016. Up until the 1990s, a similar agreement existed between Fulbright and the Fondo. Ambassador Mamet and Education Minister Pablo Avelluto participated in the signing together with the president of the National Arts Fund Dr. Carolina Bicquard and Thomas Mesa, President of the Fulbright Commission.