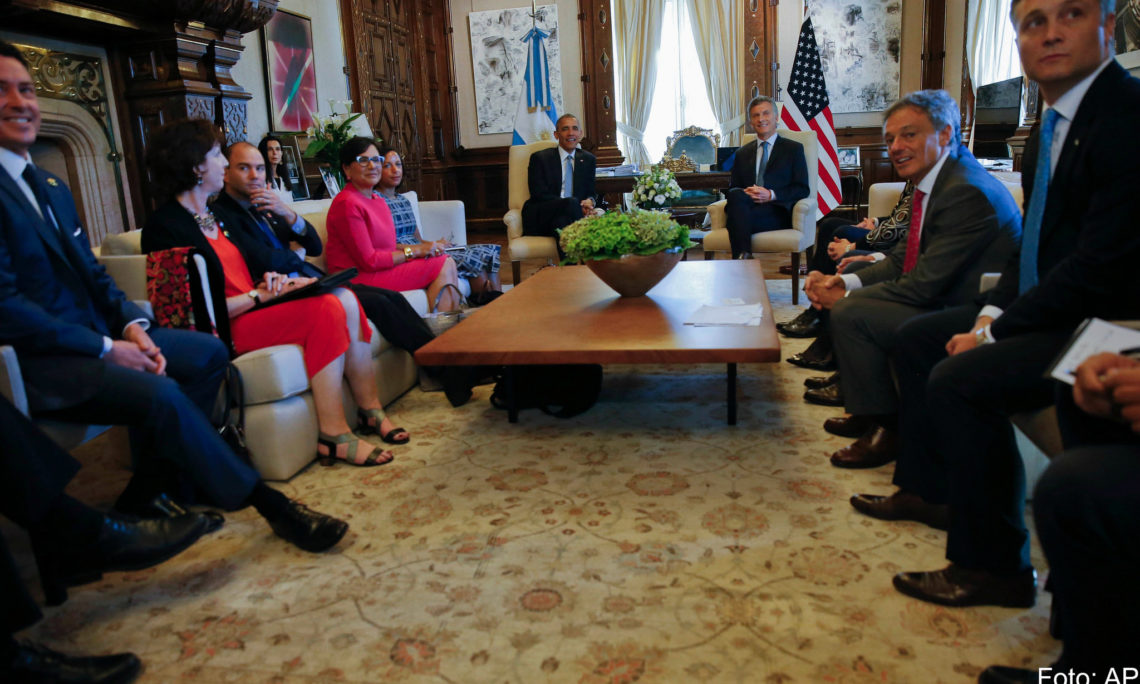 Roberta Jacobson, Assistant Secretary of State for Western Hemisphere Affairs, traveled to Argentina with the delegation that accompanied President Barack Obama during his visit to the country. She participated in bilateral meetings and attended the press conference that provided both presidents at Casa Rosada.

Ms. Jacobson holds a Masters of Arts in Law and Diplomacy from the Fletcher School of Law and Diplomacy (1986) and a Bachelor of Arts from Brown University. She also worked for the United Nations from 1982-1984 in the Center for Social Development and Humanitarian Affairs. She is the author of articles on “The Committee for the Elimination of Discrimination Against Women” in The United Nations and Human Rights (Oxford University Press; 1990) and “Liberation Theology as a Revolutionary Ideology.”