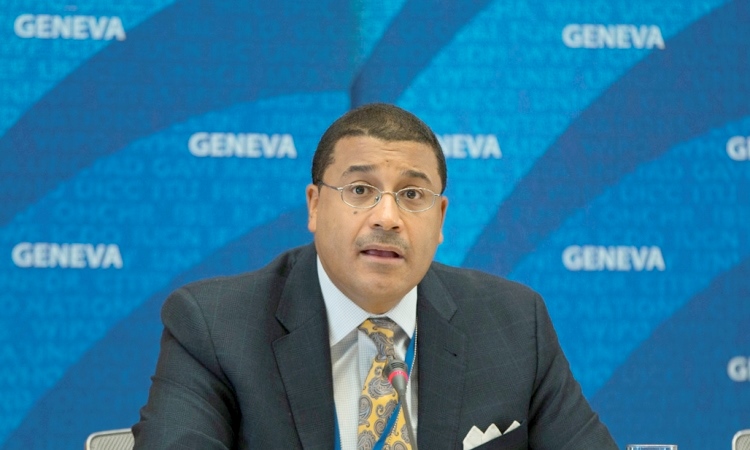 Frank Rose, Assistant Secretary of State for Arms Control, Verification, and Compliance, traveled to Argentina on August 18-19 to meet with officials of the Government of Argentina.  During his visit, he met with senior officials at the Foreign Ministry, Defense Ministry, and CONAE to discuss opportunities for bilateral and global cooperation.

Mr. Rose currently serves as the Assistant Secretary of State for Arms Control, Verification, and Compliance. He was confirmed by the U.S. Senate on December 16, 2014. In this position, he is responsible for advising the Secretary of State on a wide variety of arms control, strategic policy, verification, and compliance issues. From 2009 to 2014, Rose served as the Deputy Assistant Secretary of State for Space and Defense Policy where he was responsible for key issues related to arms control and defense policy including missile defense, military space policy, chemical and biological weapons, and conventional arms control.

Prior to joining the State Department June 2009, Mr. Rose held various national security staff positions in the U.S. House of Representatives, including service as a Professional Staff Member on both the House Armed Services Committee and the House Permanent Select Committee on Intelligence. Mr. Rose has also held numerous positions within the Office of the Secretary of Defense, including as Special Assistant to the Assistant Secretary of Defense for Strategy and Threat Reduction; and Policy Advisor in the Office of the Assistant Secretary of Defense for International Security Policy. Previous to that, he worked as a National Security Analyst with Science Applications International Corporation and on the staff of U.S. Senator John F. Kerry (D-MA).

Mr. Rose received his bachelor’s degree in history from American University in 1994 and a master’s degree in war studies from Kings’ College, University of London in 1999. He is also a recipient of numerous awards including: the Department of Defense Exceptional Public Service Award (2001); the Office of Secretary of Defense Award for Excellence (2002); the Office of the Secretary of Defense Medal for Exceptional Civilian Service (2005); the State Department Superior Honor Award (2012); and the Ordinul National Serviciul Credincios (Knight) from Romania (2014) in acknowledgement for his role as the lead U.S. negotiator for the 2011 missile defense basing agreement.