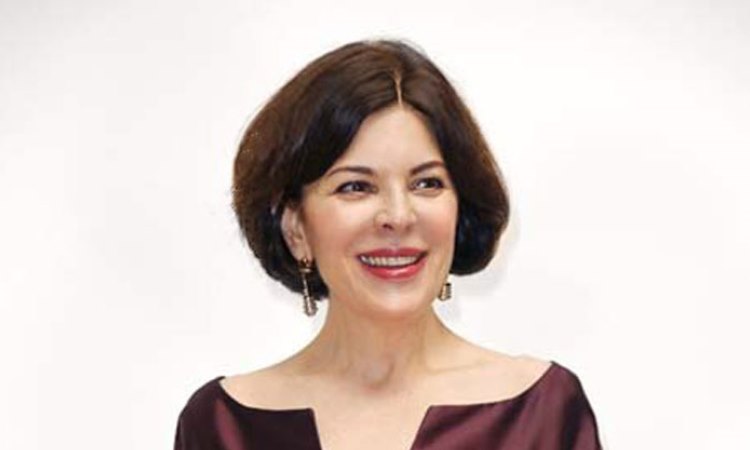 The Los Angeles-based designer has been invited to the Argentinian fashion show event, Six O’Clock Tea, scheduled for May 31 at the home of Noah Mamet, the U.S. Ambassador to Argentina. Tfank plans to show about 24 looks on the runway, mostly from her fall collection, along with samples of a few dresses that First Lady Michelle Obama has worn on recent occasions. “Interestingly enough, [the team at Six O’Clock Tea] reached out to me in the wake of the Obama family visit to Argentina where the First Lady wore pieces from my label,” Tfank said of her involvement in the show. Tfank will also be giving a talk to young fashion students at the Metropolitan Design Center. “I think [the event] helps to continue to unify fashion as a global community rather than separate markets. The exchange of ideas is wonderful,” she told WWD. “Also, the synergy between fashion and academia is growing.”

Barbara Tfank launched her eponymous label in 2001, forging a new modern opulence with a line of beautiful brocade cocktail coats and colorful, classically shaped dresses in extraordinary textiles. In pairing flattering silhouettes with luxuriant fabrics and fine hand-tailored craftsmanship, Barbara Tfank has proven herself a notable force in the fashion industry.

Tfank first discovered her love of textiles and tailoring as a fashion design assistant in her native New York City. As a well-known stylist, she worked internationally, applying her expertise to an array of projects including innovative television commercials in Japan. Tfank’s love of classic American and Italian cinema prompted her to pursue a career as a costume designer for feature films. Her first movie was the acclaimed 1992 drama A Midnight Clear, starring Ethan Hawke. For her next film Tfank’s training in fashion served her well as she selected a trend-setting wardrobe that would come to life in front of the camera – in conceiving the wardrobe for Dream Lover, Tfank invited Prada, then little-known in the US, to collaborate on some of the women’s costumes, thus creating a novel blend of fashion and film.

The lilac gown Uma Thurman wore to the 1995 Academy Awards propelled Tfank even further into the world of distinctive design. Working as Prada’s design consultant Barbara created the look that prompted one of the greatest Oscar fashion moments, the gown appearing on the front page of Women’s Wear Daily’s annual Oscar issue the day after the ceremony. Hal Rubenstein chose to include Tfank’s design in his book, “100 Unforgettable Dresses”.

Tfank’s work exudes imagination, creativity and American sophistication. Cut individually and sewn by a small team of custom-trained seamstresses, Tfank’s clothes are the antithesis of mass-manufactured product. Her taste and meticulous attention to detail give each piece architectural and artistic appeal. Tfank’s clients admire her craftsmanship and consistent fit, while the allure of the lustrous, luxurious textiles she uses always attracts the true connoisseur. Andre Leon Tally said “Barbara Tfank’s collections are conceived like American Couture in incredible fabrics”.

Vogue went on to commission Barbara to design a custom-made couture dress and coat ensemble for the up and coming singer Adele at the 51st Annual Grammy Awards in which the young star went on to win Best New Artist and Best Female Pop Vocal Performance. Adele was featured in Vogue’s April 09 Shape Issue wearing Tfank.

In Oct 2014 Tfank was invited by The First Lady to serve as a mentor at the first White House Fashion Workshop part of the Reach Higher initiative. Tfank’s work space featuring her whimsical floral textile designs fashioned into a patchwork table cloth was highlighted in Vogue.com.

Barbara Tfank continues to dress some of the world’s most sought after talents. Rita Ora wore the collection for a feature story in Glamour UK in January 2013. Diablo Coty wore custom Barbara Tfank for her feature stor in Vogue March 2013. Most recently, a Barbara Tfank clad Kate Winslet graced the cover of Vogue in November 2014, with Nicole Kidman also featured in Vanity Fair in December 2014.

Barbara Tfank resides in West Hollywood, California with her husband Peter Markham who heads the Directing Department at The American Film Institute Conservatory.

Barbara Tfank received her BA from Skidmore College and MA from Stanford University.