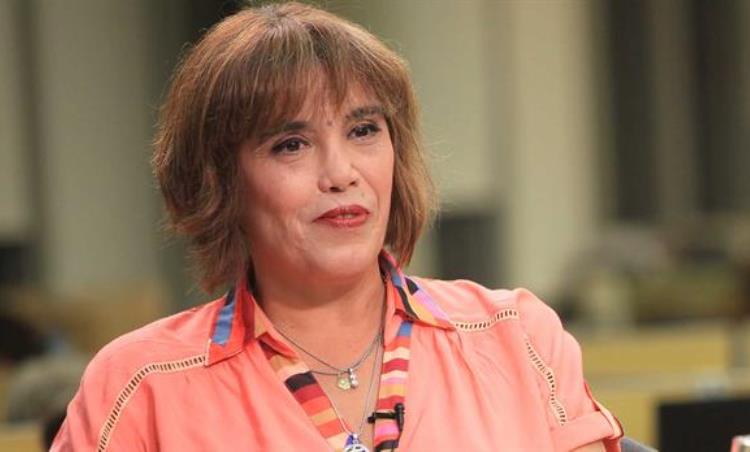 In celebration of Women´s History Month and Women´s Day, we are sharing a series of profiles of Argentine women that actively work for the advancement of women, and have participated in Embassy´s exchange programs.

Profiles in Courage: Fabiana Tuñez, Defender of Women
By William and Marco Oswald

“Since I was a young girl, my mother Beatriz — who is a feminist without knowing it — taught me that you have to confront every obstacle with attitude and courage, and transform it into a challenge,” says Fabiana Tuñez, the President of Argentina’s National Council of Women. Fabiana knows a thing or two about courage and challenge.  An activist and strategic thinker, she has dedicated the last 23 years of her life to changing national attitudes towards violence against women, its second-order effects, and the way the state responds to victims of gender violence.  Fabiana has personally shaped the national dialogue about gender violence and femicide, and has unleashed an innovative National Action Plan for combatting violence against women, relieving a debt to the nation that stymied the previous government for more than a decade.  Little wonder that Infobae named her one of the ten most influential women in Argentina.

Using all of her personal savings in 2003 for a temporary leasehold on Avenida Rivadavia 3917, Fabiana co-founded the influential non-governmental organization (NGO) La Casa del Encuentro.  The organization would soon become a game-changer in the national dialogue of gender violence.  As the spokeswoman of La Casa del Encuentro, in 2007 she organized the first national march to draw attention to women victims disappeared by trafficking in persons.  Fabiana also realized that the first step in bringing national attention to how to solve the problem of femicides was to focus a spotlight on the issue (“femicide” is generally understood to involve the intentional murder of women because they are women).  In other words, to come up with solutions to a problem, you have to know just how big the problem is.  In 2008 Fabiana and a team of volunteers created the first ever database of femicides in Argentina.  By 2013, the femicide database, nationally published with help from the U.S. Embassy in Buenos Aires and other benefactors, revealed that a women was murdered every 35 hours in Argentina, a startling statistic that provoked a national debate on the social issue.  While the Supreme Court now compiles a similar database, the definitive benchmark remains the annual release of femicide statistics published by La Casa del Encuentro.

Fabiana is a distinguished alumni of the Department of State’s International Visitor  Leadership Program (IVLP).  She credits her 2013 IVLP program with broadening her international horizons and transforming her objectives to influence and change the machismo element of Argentina culture.  In 2014, Fabiana was awarded a diploma of honor by the Senate for her work in combatting gender violence.

The Macri Administration reached out to Fabiana in 2015, and asked her to serve as the President of the National Council of Women.  Fabiana thought, “well, because I have criticized government for a long time I should use my experience and commitment to create change.”  Her goal was to make freedom from gender violence a recognized human right, and to make the promotion of combatting violence against women a state policy.  The National Action Plan was presented by President Macri and Vice President Gabriela Michetti in July 2016.  Beyond the eradication of violence against women, the Plan uses technology to leverage the tools of the nation to rehabilitate and protect victims of violence and creates an educational campaign to transform cultural norms by raising awareness against gender violence.  The Plan will create a network of 36 centers nation-wide where victims of violence can receive medical and psychological treatment, and a pathway to financial independence.

A leading stakeholder of the #NiUnaMenos movement, whose 300,000 strong initial marches in 2015 and 2016 crystallized the sentiment of Argentina against gender violence, Fabiana cautions that much work remains to be done.  Argentina must resist the banalization of violence against women, and focus on cultural, social and legislative change to transform culture and attitude.  Recognizing that such profound cultural changes do not happen overnight, Fabiana strategically plans for the long road.  Argentina could not be in better hands than with Fabiana Tuñez at the helm, and mother Beatriz must be proud.