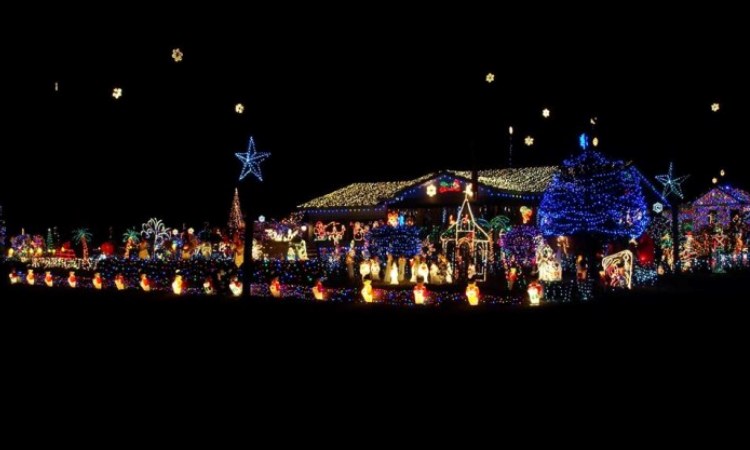 Christmas, celebrated by most Christians on December 25, commemorates the birth of Jesus of Nazareth. Americans, like many of the world’s peoples, have developed their own Christmas traditions and observances, and these have changed greatly over time. Today, most Americans blend religious and secular customs with their own family traditions.

DEVELOPMENT OF THE AMERICAN CHRISTMAS

The early New England Puritans frowned on boisterous Christmas celebrations. In 1659, the Massachusetts colony briefly criminalized observance of the day, and Christmas remained a regular workday in much of New England and Pennsylvania. Other parts of British North America, however, celebrated with gusto, with costumed revelers passing door to door and receiving small gifts of food and drink.
The modern, more commercialized Christmas began to emerge in the 19th century, with the new custom of purchasing gifts for young children. Seasonal “Christmas shopping” began to assume economic importance.

Other Christmas traditions similarly began during the 19th century. Santa Claus — derived from the Dutch Sinter Klaas and the German Saint Nicholas — assumed the persona of a jolly dispenser of gifts and pilot of a reindeer-drawn sleigh through such works as the 1823 poem “A Visit from Saint Nicholas” by Clement Clarke Moore and an 1863 Harper’s Weekly portrait by illustrator Thomas Nast.
Christmas trees are believed to date back to Martin Luther, the 16th-century German cleric. According to legend, Luther brought home to his children a fir tree one Christmas Eve to remind them of the wonders of God’s creation. The custom spread to Britain and the United States in the 19th century. Today, many Americans either purchase a cut, fresh evergreen tree or a reusable aluminum and plastic model. The Christmas tree is decorated with lights and ornaments. In many families, Christmas gifts appear under the tree on the morning of December 25, deposited there by family members, or, as smaller children might believe, by Santa Claus. 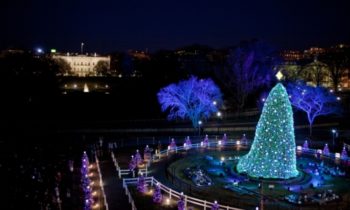 President Calvin Coolidge lit the first National Christmas Tree in 1923. The tree is erected in the Ellipse, the 21-hectare park just south of the White House. (Official White House Photo by Lawrence Jackson)

With Christmas shopping vitally important to retailers, Christmas has expanded into a “season” of its own. The day after Thanksgiving is known as “Black Friday.” An important shopping day, it pushes some businesses into profitability for the year, or “in the black,” and can account for a substantial proportion of annual profits.

This extended Christmas season, from Thanksgiving until Christmas, is about far more than shopping. For many Americans, it is a time of goodwill and an occasion for charitable work. Non-Christian holidays celebrated at roughly the same time of year — most prominently the African-American Kwanzaa and the Jewish Hanukkah — blend into a broader “holiday season.”
Christmas-themed programs such as the 1946 film It’s a Wonderful Life and the animated Rudolph the Red-Nosed Reindeer often appear on television. An increasing number of radio stations now adjust their formats to feature Christmas music, sometimes exclusively, during the four to six weeks before December 25.

The holiday’s original religious meaning remains for many its most important element. Churches hold well-attended Christmas Eve candlelight or midnight services. Some include a Mass of the Nativity or a dramatization of the birth of Jesus. As with so many aspects of U.S. cultural life, Christmas in the United States reflects the values of a free and diverse people.