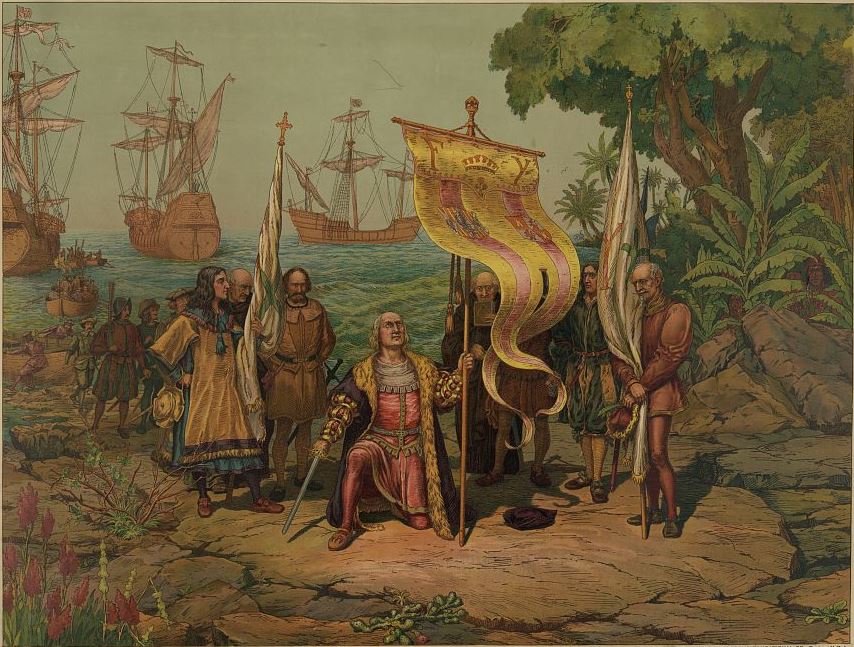 October 12, 1492, is of enormous significance in Western history: It is the day when explorer Christopher Columbus completed his journey across the Atlantic Ocean and landed in the “New World.”What Columbus actually reached on that October day was an island he named San Salvador that is now part of the Bahamas. Columbus believed he had found a new route to India, and described the peoples he met as “Indians.” No matter — his momentous discovery launched European exploration and colonization of the American continents.

Today, “Columbus Day” is a federal holiday celebrated in the United States every year on the second Monday in October. The holiday continues to evoke discussions about the Age of Exploration and the transformations it provoked, including the injustices done to indigenous peoples. But for most Americans, it provides a long weekend to enjoy with their families during the early days of autumn.

Columbus Day is the annual U.S. commemoration of explorer Christopher Columbus’ landing in the New World (at San Salvador Island, also known as Waitling Island, today part of the British Bahamas) on October 12, 1492. Columbus was not the first European to cross the Atlantic successfully. Viking sailors are believed to have established a short-lived settlement in Newfoundland sometime in the 11th century, and scholars have argued for a number of other possible pre-Columbian landings. Columbus, however, initiated the lasting encounter between Europeans and the indigenous peoples of the Western Hemisphere.

A number of nations celebrate this encounter with annual holidays: among them are Discovery Day in The Bahamas and Colombia, Día de la Hispanidad (Hispanic Day) in Spain, and Día de la Raza (Day of the Race) in much of Latin America. In 1971, Congress moved the U.S. holiday from October 12 to the second Monday in October to afford workers a long holiday weekend. In the United States, Columbus Day is typically a celebration of Italian and Italian-American cultural heritage, Columbus generally being considered a native of Genoa, Italy.

In the late 15th century, Portuguese sailors dominated the effort to establish a sea route between Europe and India by circumnavigating Africa. It was with an eye toward outflanking the Portuguese that Isabella I of Spain authorized an expedition in which Columbus would sail west from Spain, aiming for India. This, of course, presumed that the world was round. Many educated people already understood this; Columbus’ achievement rests instead in his success in persuading Isabella to finance a dangerous and speculative expedition.

Columbus set sail with 90 men in August 1492 on three ships: the Santa Maria, the Nina and the Pinta. After sailing west for five weeks, the expedition reached land on October 12. Columbus believed he had found a new route to India, hence the use of the word Indians to describe the peoples he met. 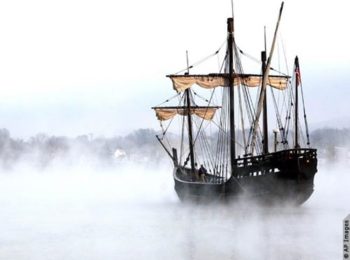 In the early morning fog, a replica of one of Christopher Columbus' ships, Nina, departs Maysville, Kentucky, where it was on tour in November 2005. The ship, which was built by The Columbus Foundation and launched in 1991. (© AP Images)

Columbus would make three subsequent voyages and would die believing he had found a new route to India and Asia, and not, in fact, the gateway to North and South America.

Because the United States evolved out of British colonization rather than the Spanish claims of Columbus and his successors, the United States for many years did not celebrate Columbus’ “discovery,” although ceremonies were held on the 300th and 400th anniversaries of his first landing.

Italian immigrants were the first to celebrate the holiday annually in U.S. cities where they had settled in large numbers, in part as a celebration of their heritage, since Columbus is considered Italian. Both New York (1866) and San Francisco (1868) claim the first such celebration. In 1937, President Franklin D. Roosevelt proclaimed Columbus Day a national holiday, then held every October 12.

U.S. federal government offices close on Columbus Day, as do most banks. Schools typically remain open, as do most American businesses. New York City, Denver and many other cities continue to host festive Columbus Day parades, more than 500 years since the historic appearance of three ships off the coast of a small Caribbean island.

The exhibitions 1492: An Ongoing Voyage and Exploring the Early Americas are available on the Library of Congress Web site.