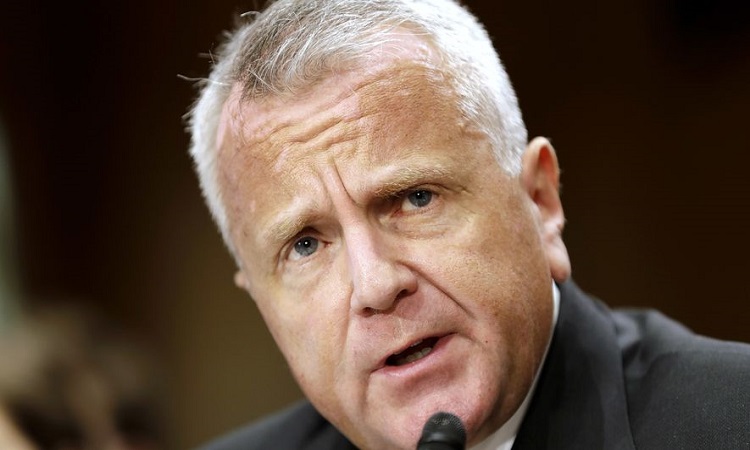 U.S. DEPARTMENT OF STATE
Office of the Spokesperson
For Immediate Release
MEDIA NOTE
May 17, 2018

Deputy Secretary of State John J. Sullivan will travel to Buenos Aires, Argentina from May 20-21 to lead the U.S. delegation to the G-20 Foreign Ministers’ Meeting. The G-20 Foreign Ministers’ Meeting offers an opportunity for foreign ministers to exchange views and collaborate on global economic, political, and security issues of mutual concern, including sustainable development and the role of multilateralism. These conversations will set the stage for the G-20 Leaders’ Summit in Argentina in November. On the margins of the G-20 ministerial, Deputy Secretary Sullivan will meet with a number of foreign ministers for bilateral discussions.
Following the G-20, the Deputy Secretary will travel to Brasilia, Brazil to meet with leaders and launch the U.S.-Brazil Security Forum, a bilateral law enforcement cooperation initiative to address transnational crime and threat networks of mutual concern. He will also discuss our joint economic growth agenda and global issues, including Venezuela’s humanitarian crisis and regional support for the restoration of democracy in Venezuela.
While in Brazil, the Deputy Secretary will also engage with U.S. Embassy staff and members of Brazilian civil society.

John J. Sullivan was confirmed by the United States Senate and sworn in as the Deputy Secretary of State on May 24, 2017. He served as Acting Secretary of State from April 1 to April 26, 2018.
Prior to assuming office, Mr. Sullivan was a partner in Mayer Brown LLP, and co-chair of the law firm’s national security practice. From 2010 to 2016, he was the Chairman of the U.S.-Iraq Business Dialogue, a governmental advisory committee on United States economic relations with Iraq.

In addition to his decades of experience in private law practice, Mr. Sullivan has served in two prior administrations in senior positions at the Justice, Defense, and Commerce Departments. He served until 2009 as the Deputy Secretary of Commerce, following his service from 2005 to 2007 as the General Counsel of the Department. Previously, he was appointed Deputy General Counsel of the Defense Department by Secretary Donald H. Rumsfeld. In the first Bush Administration, Mr. Sullivan was Counselor to Assistant Attorney General J. Michael Luttig in the Justice Department’s Office of Legal Counsel.

A native of Boston, MA, Mr. Sullivan received his bachelor’s degree from Brown University and his law degree from the Columbia University School of Law, where he was a Harlan Fiske Stone Scholar and Book Reviews Editor of the Columbia Law Review. Mr. Sullivan was a law clerk for Associate Justice David H. Souter of the Supreme Court of the United States, and for Judge John Minor Wisdom of the United States Court of Appeals for the Fifth Circuit.