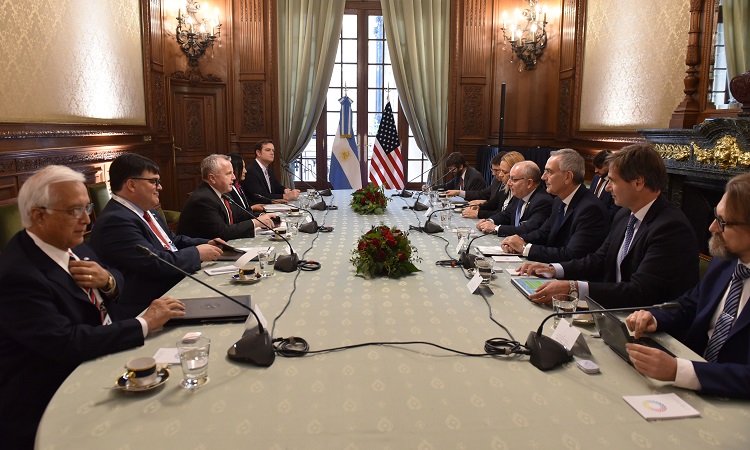 Readout
Office of the Spokesperson
Washington, DC
May 20, 2018

The below is attributable to Spokesperson Heather Nauert:

Deputy Secretary Sullivan thanked Foreign Minister Faurie for the Argentine government’s leadership of the G-20. He also expressed strong support for the Macri Administration’s efforts to grow the Argentine economy.

The Deputy Secretary praised the Argentine Foreign Minister for his leadership in advocating for a resolution to Venezuela’s humanitarian crisis and for galvanizing regional support for the restoration of democracy in Venezuela.