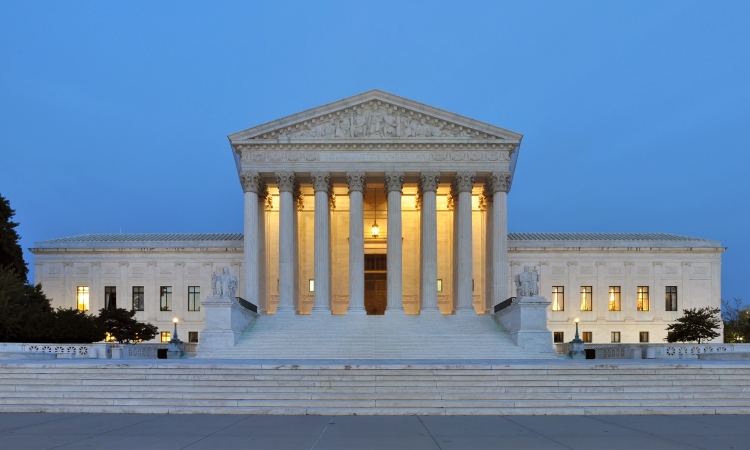 Every business day, courts throughout the United States render decisions that together affect many thousands of people. Some affect only the parties to a particular legal action, but others adjudicate rights, benefits, and legal principles that have an impact on virtually all Americans. Inevitably, many Americans may welcome a given ruling while others — sometimes many others — disapprove. All, however, accept the legitimacy of these decisions, and of the courts’ role as final interpreter of the law. There can be no more potent demonstration of the trust that Americans place in the rule of law and their confidence in the U.S. legal system.

About the U.S. Legal System

Outline of U.S. Legal System (pdf – 5.4Mb)
This outline covers the history and organization of the federal and state judicial systems; the criminal and civil court processes; the background, qualifications, and selection of federal judges; the role of other participants (lawyers, defendants, interest groups) in the judicial process; and the implementation and impact of judicial policies.

The Federal Court System in the United States : an introduction for judges and judicial administrators in other countries (pdf – 16 Mb)
This publication was developed by the Administrative Office of the United States Courts to provide an introduction to the federal judicial system, its organization and administration, its relationship to the legislative and executive branches of the federal government, and its relationship to the state court systems.

Understanding the Federal Courts (pdf – 25Mb)
This publication was developed by the Administrative Office of the United States Courts to provide an introduction to the federal judicial system, its organization and administration, and its relationship to the legislative and executive branches of the government.

Federal Courts & What They Do
The Federal Judicial Center, at the suggestion of the Committee on the Judicial Branch of the Judicial Conference of the United States, prepared this pamphlet for federal courts to have available for use in public education and court visitor programs.

Congress.gov
Congress.gov is the official website for U.S. federal legislative information. The site provides access to accurate, timely, and complete legislative information for Members of Congress, legislative agencies, and the public. It is presented by the Library of Congress (LOC) using data from the Office of the Clerk of the U.S. House of Representatives, the Office of the Secretary of the Senate, the Government Printing Office, Congressional Budget Office, and the LOC’s Congressional Research Service.

Code of Federal Regulations
The Code of Federal Regulations (CFR) annual edition is the codification of the general and permanent rules published in the Federal Register by the departments and agencies of the Federal Government. It is divided into 50 titles that represent broad areas subject to Federal regulation. The 50 subject matter titles contain one or more individual volumes, which are updated once each calendar year, on a staggered basis.

State Legislative Websites Directory
This database contains information gleaned from the home pages and websites of the fifty state legislatures, the District of Columbia and the Territories. You can select to view specific website content materials (such as, bills, press rooms, statutes) from all states, one state or a selected list of states.

Municipal Code Web Library
Access to over 3,100 online codes spread throughout all 50 states.

U. S. Supreme Court Most Recent Decisions
Supreme Court Decisions since 1990 and a collection of the most important decisions from the Cornell Law School Legal Information Institute website.

Treaties in Force
Treaties in Force is published annually by the Department of State to provide information on treaties and other international agreements to which the United States has become a party as of January 1st in its most recent publication year.