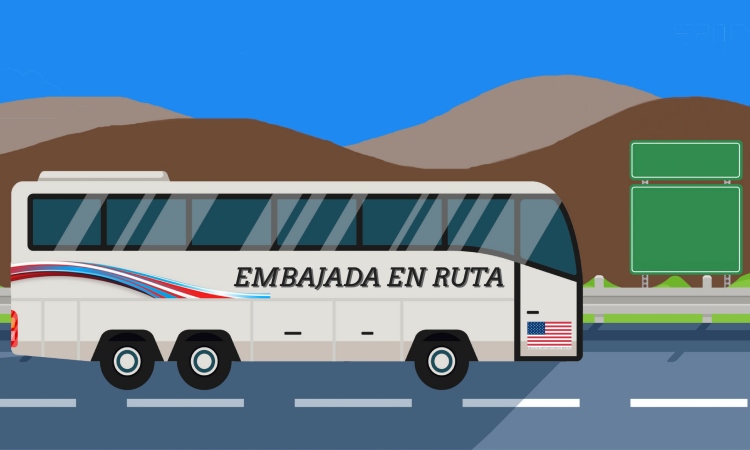 The Embassy has created a strategic initiative called Embassy on the Road (#EmbajadaenRuta) in which a team of Embassy representatives from different sections travel together to key provinces to broaden our ties nationwide and engage counterparts on a wide range of topics within our bilateral agenda.  While 40 percent of Argentina’s 42 million inhabitants live in greater Buenos Aires, this initiative is aimed at reaching the remaining 60 percent who live in the provinces.   With no U.S. consulates in this country with an area larger than the U.S. Eastern Seaboard, outreach to Argentines outside the capital can is a challenging but critical Embassy function.

The Embassy chose to launch the initiative in March of 2017 with the first Embaja En Ruta trip to Salta – one of the largest Argentine cities in the north, situated in the center of Salta province (population 617,000), which borders Chile, Bolivia, and Paraguay. Salta possesses a thriving agricultural and wine industry and popular tourist destinations. Subsequent trips to San Juan in April 2017 and Neuquen in May 2017 have brought over 40 different members of the U.S. Embassy out to the provinces.

The trips present a great opportunity for the Embassy to learn more about the whole of Argentina, while at the same time providing services to Argentine and American citizens all over the country. 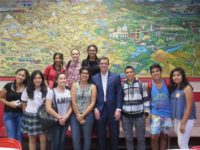 The Embassy launched the #Embassy on the Road Program in Salta.

An Embassy delegation led by Chargé d’ Affaires Tom Cooney visited the province of Salta from March 15 to 17.  Salta, one of the largest cities in Northern Argentina is located in the central part of the province that bears the same name.  The city of Salta has a population of 617,000 people, and borders Chile, Bolivia, and Paraguay.  Salta is home to active agricultural and wine industries as well as very popular tourism destinations.

During the visit, there were 11 events.  Political leaders, law enforcement and judicial officials, civil organizations, and universities gathered to discuss areas of bilateral interest such as the fight against human and drug trafficking, and education exchanges.

The Consular Section organized the first American Night event in the province, with the participation of Argentine citizens interested in travelling or studying in the United States, and also provided services to U.S. citizens living in the area. 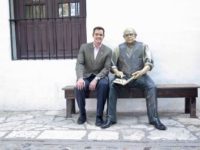 #Embassy on the Road continues to travel through Argentina.  We visited San Juan, a province that shares many common bonds with the United States.  This strong connection with the U.S. was built through hundreds of years of interaction?  Mary Graham, Florence and Sarah Atkinson, Clara Gillies, Sarah Harrison, Cora Hill, Amy Wade, Martha Graham, Charles Dudley, and Clara Armstrong were all American teachers living in San Juan in different periods ranging between 1879 and 1893.

During the visit, Chargé d’ Affaires Tom Cooney and the Governor signed  an education exchange agreement.  The Chargé also met with representatives of San Juan’s business community and entrepreneurs.  The Consular Section provided services to U.S. citizens, and shared information on visas and other topics of interest during the American Night celebration.  Embassy on the Road also visited Sarmiento’s House, who was a prominent figure in U.S.-Argentina relations.

Thank you San Juan for the warm reception, and we hope to see you again soon!

#Embassy on the Road travelled to Neuquen to present a donation of emergency equipment for humanitarian assistance to the Province.

Chargé d’ Affaires Tom Cooney highlighted that this partnership with the province has been going on since 2009, and that the donation further enhances the province’s capacity to respond to and prepare for devastating natural catastrophes.

The Chargé also participated in the closing ceremony of the U.S. SMED Model Training at Neuquen’s Economic Development Agency (ADENEU). During the event, the Chargé met with students from Universidad del Comahue, and highlighted education exchange opportunities.

As usual, the trip included an American Night event where U.S. citizens living in Neuquen, and Argentine citizens with an interest in the United States gathered to meet with the Embassy delegation. 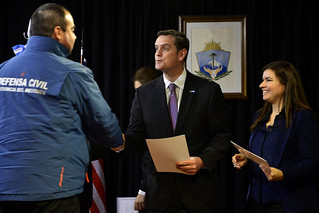