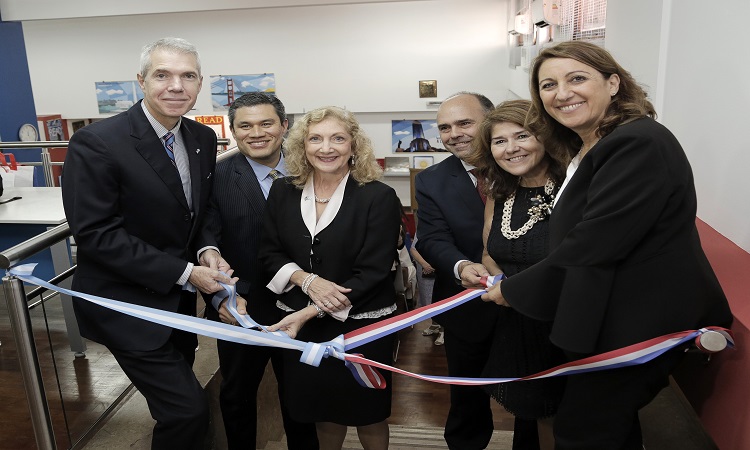 A delegation of representatives from different Embassy sections visited the city of Rosario in the province of Santa Fe from April 4 to 6, 2018 as part of the #EmbassyOnTheRoad initiative that seeks to enhance ties with Argentine provinces and cities as well as strengthen partnerships with local institutions on a wide range of areas of bilateral interest.

The delegation led by Consul General Mark Leoni met with members of provincial and local governments, civil society organizations as well as groups of U.S. exchange alumni. The group also visited a co-working space that provides tools to promote and foster entrepreneurship in Rosario. Members of the Consular team provided services to U.S. citizens living in the area.

During the visit to ARICANA Binational Center, the delegation participated in the opening of the new Multi-purpose American Center – MAC, a place to connect with other people, with ideas and with the United States through collaboration and discovery. In addition, the group met with English and former exchange students.

The Embassy also hosted an “American Night” event— an excellent occasion for U.S. and Argentine citizens to gather and mingle as they met the Embassy team to chat and learn more about travel to the U.S. and visas, among other topics of interest to them.