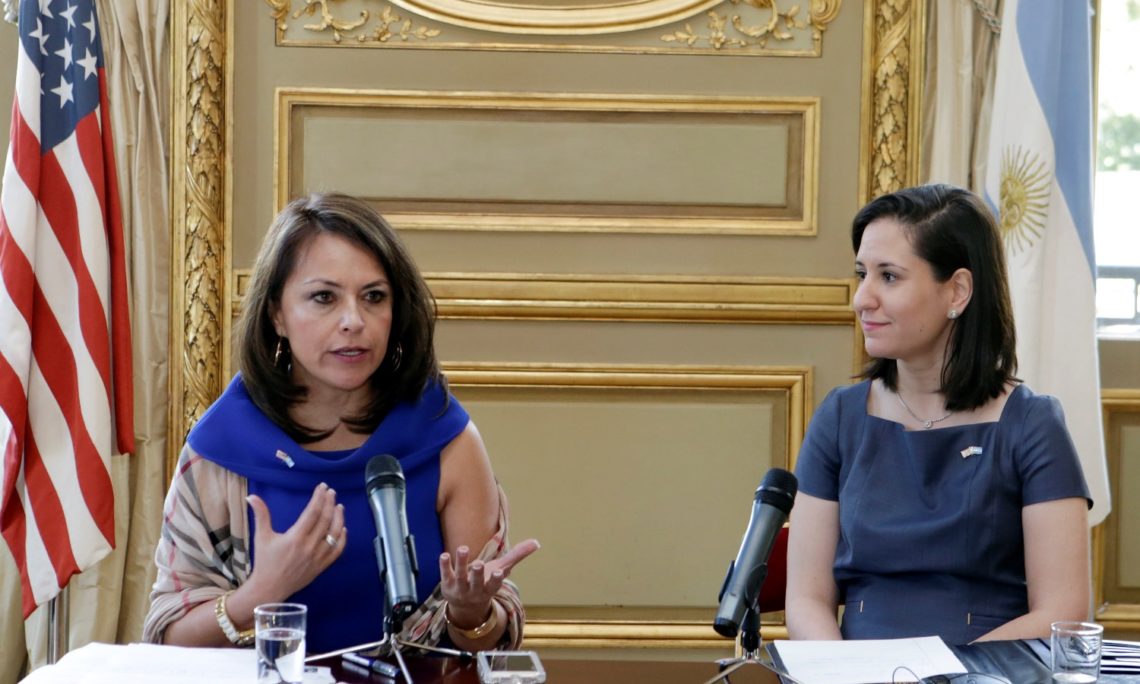 Adryana Boyne, consultant, analyst, strategist on public policy, politics, business marketing, and Hispanic issues, and Alejandra Salinas, former National President of the College Democrats of America, the official youth outreach arm of the Democratic Party, visited Buenos Aires from May 2 to May 6. The Embassy worked with the United States Chair of San Andres University to carry out the program.

Their visit to Argentina promoted the exchange of ideas about the United States presidential elections, Immigration Reform, and the Latino Vote. The speakers activities included presentations followed by Q&A sessions, roundtables and informal meetings with different leaders and experts.

During the program, the speakers met with Catholic University of Buenos Aires authorities and debated about Latino vote and immigration reform in U.S., in front of the Argentine Council of International Relations, at the American Club with the Argentine American Dialogue, at the Progreso Club in a program organized by Amigos de America Association and with the Center of American Studies as well. They also visited Contemporanea Foundation, Moron University, Salvador University, San Andres University and they talked for students of the National University of Rosario. In addition, they participated in a breakfast and roundtable activities with young government leaders and political analysts.

The speakers were interviewed by La Nacion Newspaper.

This is part of a series that the Embassy is organizing this year with the University of San Andres.