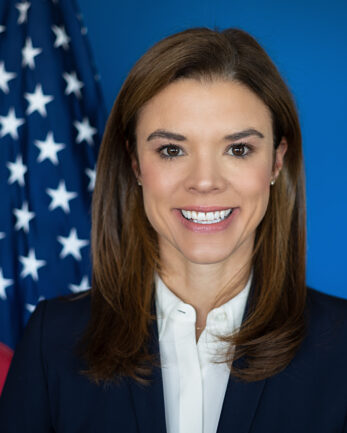 A career member of the Senior Foreign Service with the rank of Minister Counselor, Ms. Dressel previously was the Counselor for Public Affairs at the U.S. Missions in Brazil and Colombia, and the U.S. Consul to Minas Gerais.  As the Director of the Office of International Media Engagement in the Bureau of Public Affairs at the Department of State, she led the Department of State’s outreach to major international media outlets.  Ms. Dressel’s previous assignments include tours at the U.S. Embassies in Lisbon, Luanda, Lima, and San Salvador.

Hailing originally from Wallingford, Connecticut, Ms. Dressel holds a B.A. in international affairs from the George Washington University.  Ms. Dressel studied abroad as a student at the University of Buenos Aires and the University Complutense in Madrid.  She speaks fluent Spanish and Portuguese. She is married and has two children.