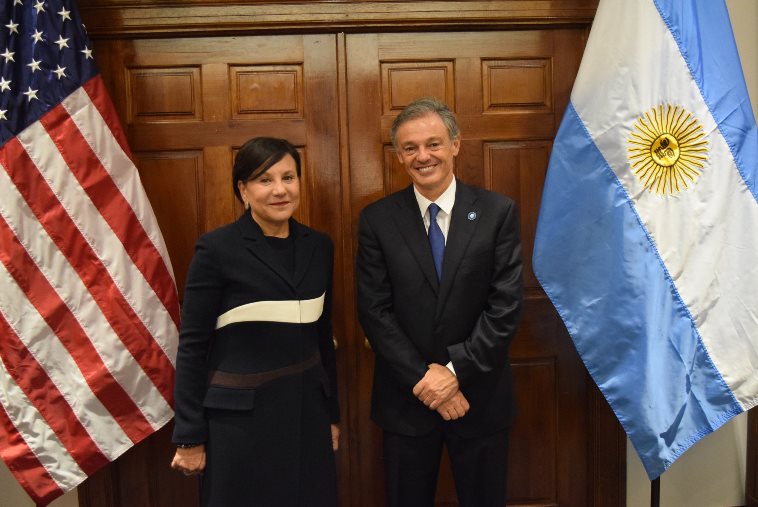 Today, U.S. Secretary of Commerce Penny Pritzker met with her Argentine counterpart Minister of Production Francisco Cabrera for the inaugural U.S.-Argentina Commercial Dialogue in Washington, D.C. Established last March during Secretary Pritzker and President Obama’s visit to Argentina, the Dialogue aims to strengthen the economic and commercial ties between the two countries by fostering communication across our respective public and private sectors. Throughout the day, Secretary Pritzker met with business leaders and public officials from both countries to discuss how Argentina can play a greater role in the global economy, and how to make doing business in Argentina more transparent and predictable.

In addition, Secretary Pritzker delivered remarks at the U.S.-Argentina Commercial Dialogue Private Sector Readout hosted by the Council of the Americas. Private sector representatives were invited to participate and share their recommendations on how to best support Argentina as it continues to reshape its economic regulations and develops key trade policies, institutions and capacities.

The recent engagement between United States and Argentina represents a significant effort on the part of Argentina to open the door to new business as they substantially revise policy frameworks in how to regulate and facilitate trade, conduct economic development and investment promotion, and conduct trade remedy activities. The Secretary emphasized building a solid foundation is instrumental in order to foster the long term economic relationship between the U.S. and Argentina.