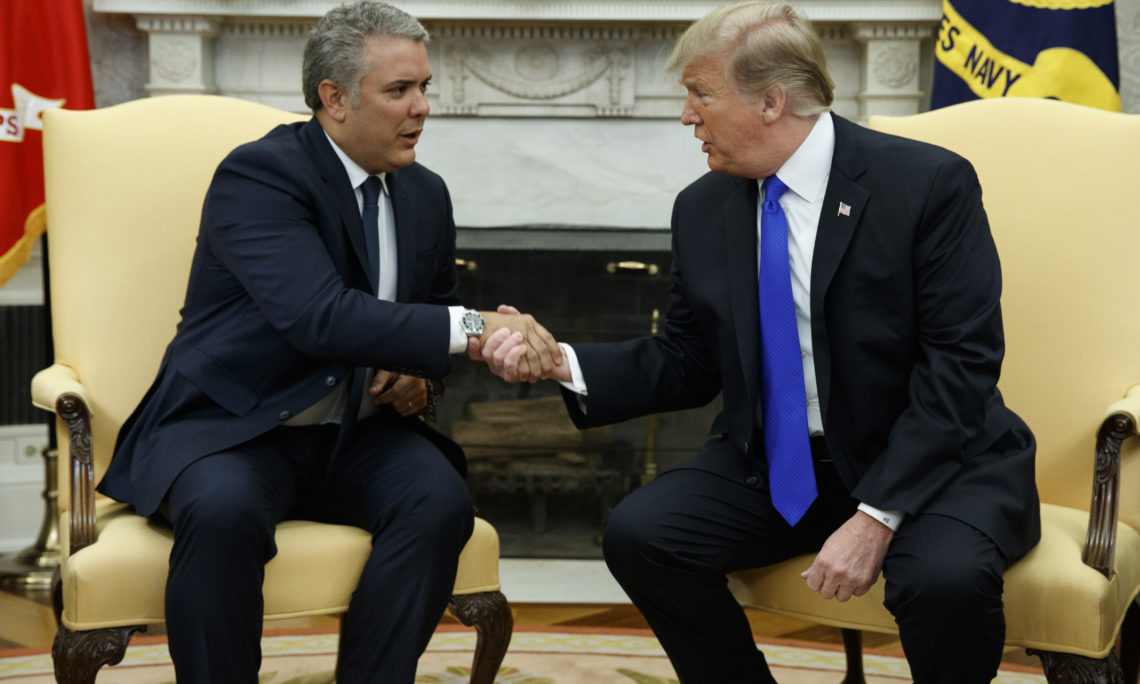 The White House
Office of the Press Secretary
For Immediate Release
February 13, 2019

The United States and Colombia are committed to taking steps to resolve the ongoing democratic and humanitarian crisis in Venezuela.
Both countries strongly support Interim President of Venezuela Juan Guaido, and call on all countries around the world to support peace and stability in the region by recognizing President Guaido and supporting the Venezuelan people.
Through close bilateral partnership, and with the support of regional and global allies, the United States and Colombia are working together to provide aid to Venezuelans in need. Both countries will work with the Guaido government to restore freedom, democracy, and prosperity to Venezuela.
The United States and Columbia stand side by side with many other nations in the face of any provocation by the illegitimate, former dictator of Venezuela, Nicolas Maduro, and those who work on his behalf to undermine the security and safety of the region.
###