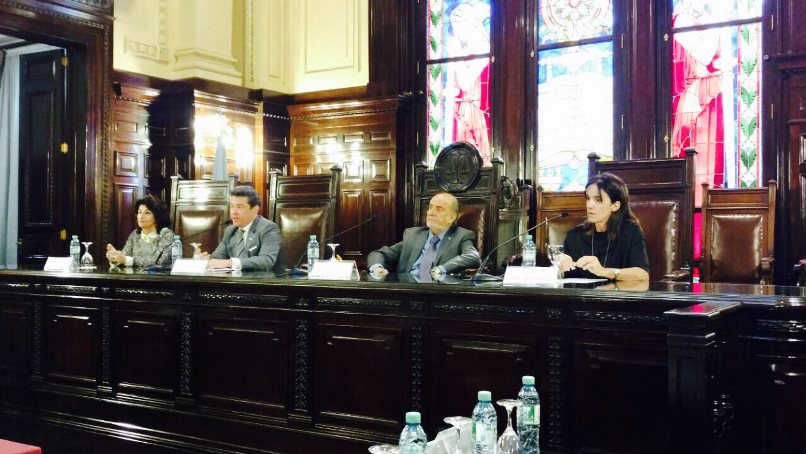 On November 2nd, Ambassador Mamet delivered opening remarks at the final mock trial session of “Justice Goes to School”. Justice Goes to School is a program where judges visit schools to talk with students about how the justice system works in Argentina; and the role of judges, lawyers, and the community in ensuring justice for everyone. The judges work with students to help them solve case studies and better understand the legal system, while also building trust in this key democratic institution through mock trials and exercises where students perform the roles of judge, lawyer, and witness.  The program is organized and implemented by the Association of Magistrates and Asociación Conciencia. Since 2005, the U.S. Embassy has supported this program.

During the event, Ambassador Mamet, invoking President Obama’s recent words noted “The real problem that a strong justice system aims at solving is not just to keep on catching people and putting them in jail.  The real problem is giving people a foundation through which they can become productive citizens.”