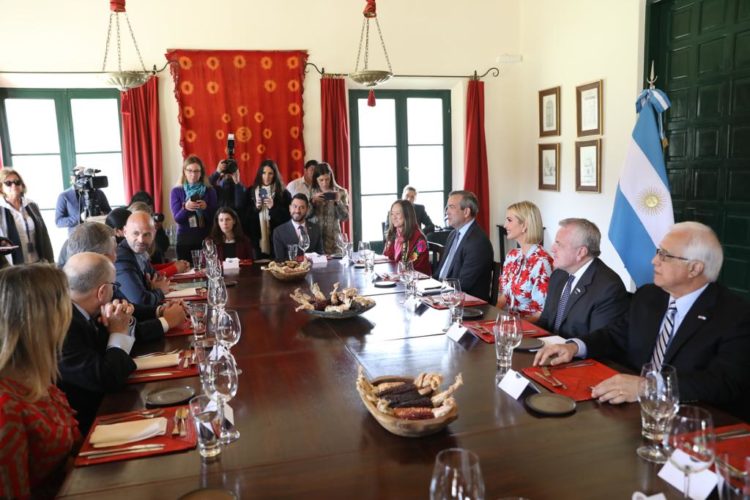 BUENOS AIRES – The Overseas Private Investment Corporation (OPIC), the U.S. government’s development finance institution, today announced that its Board of Directors has voted to approve $400 million in financing to rehabilitate and expand the Corredor C Toll Road, an essential trade route for Argentina’s economy.

David Bohigian, Acting President and CEO of OPIC, made the announcement during a visit to Argentina led by Advisor to the President Ivanka Trump, Deputy Secretary of State John J. Sullivan and USAID Administrator Mark Green to promote the White House-led Women’s Global Development and Prosperity (W-GDP) Initiative.

“Safe highways and road networks that support commerce are critical to creating a healthier economy for the people of Argentina,” said OPIC Acting President and CEO David Bohigian. “OPIC financing will support the rehabilitation of this major route, increasing opportunities for trade while reducing accidents and fatalities.

“This is an important project, and we are glad to see it move forward,” said Deputy Secretary of State John J. Sullivan the State Department Board Member on the OPIC Board of Directors.

Argentina relies heavily on its roads to transport livestock, goods, and services across the country, but it ranks 106 out of 137 countries in infrastructure quality and 96th in road quality. The project will rehabilitate and expand the existing 876-kilometer Corredor C Toll Road that connects the Provinces of Buenos Aires, Santa Fe, Córdoba and Mendoza with each other and with the Chilean border. It also includes the construction of two new bypasses. Further, the project is expected to improve traffic conditions – decreasing travel times and reducing accidents and fatalities – as well as decreasing vehicle operating costs by as much as 92%.

OPIC’s support of the project will contribute to increased economic development and commerce within Argentina, and with Chile. Commercial flow between the two countries is $3.9 billion per year and approximately 80% of this trade is transported via Corredor C, which connects to the principal border crossing, Paso Internacional Libertadores. The toll road is the most direct land route used to reach the Chilean ports to serve international markets.

Project bids were awarded under a transparent, competitive process. OPIC requirements stipulated the project must adhere to the Government of Argentina’s Integrity Framework. The project supports the broader U.S. government initiative America Crece – or Growth in the Americas – which seeks to catalyze investment in energy and infrastructure in Latin America and the Caribbean. The project also aligns with the Government of Argentina’s efforts to address its infrastructure deficit through public-private partnerships.

OPIC services are available to new and expanding businesses planning to invest in more than 160 countries worldwide. Because OPIC charges market-based fees for its products, it operates on a self-sustaining basis at no net cost to taxpayers. All OPIC projects must adhere to best international practices and cannot cause job loss in the United States.