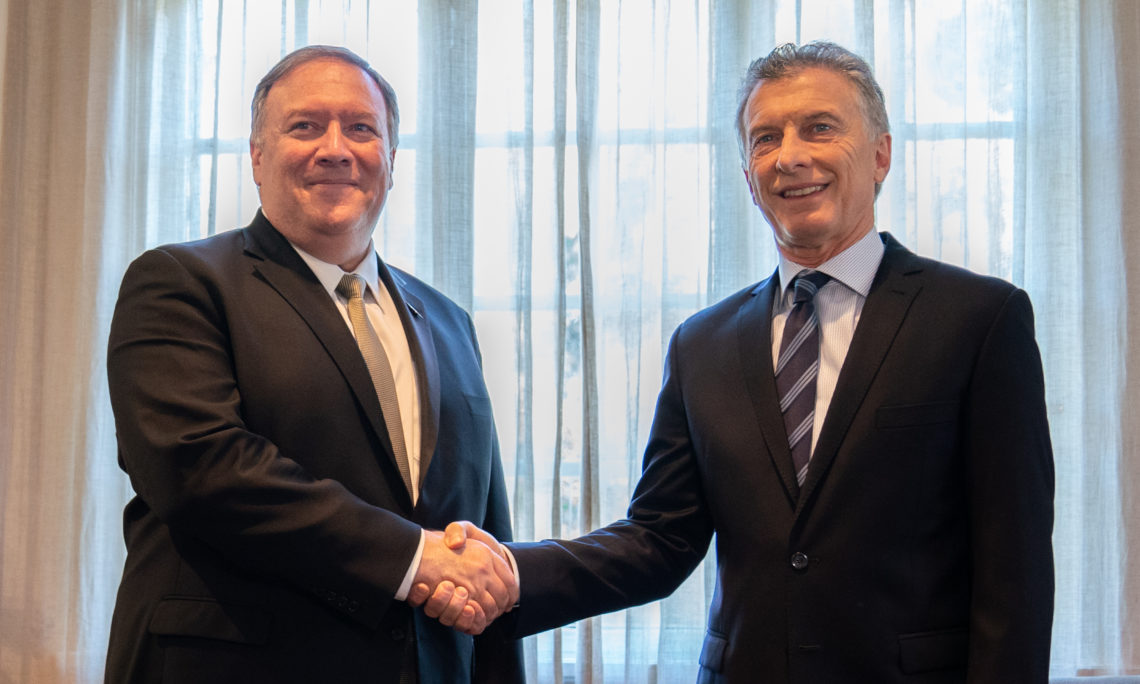 READOUT
OFFICE OF THE SPOKESPERSON
JULY 19, 2019

The below is attributable to Spokesperson Morgan Ortagus:

Secretary Michael R. Pompeo met today with Argentine President Mauricio Macri in Buenos Aires. The two leaders committed to further expanding cooperation on a range of bilateral and global issues, including security, democracy, and trade and investment. Secretary Pompeo commended Argentina for its regional leadership in hosting the Western Hemisphere Counterterrorism Ministerial, and the two leaders pledged to continue cooperation to combat transnational crime and terrorism. The Secretary praised Argentina for designating Hizballah as a terrorist organization in its entirety, emphasizing its military and financial wings. Secretary Pompeo reaffirmed U.S. support for Argentina’s economic reform agenda. They also discussed cooperation on promoting human rights and democracy in the region, including in Venezuela, Cuba, and Nicaragua.