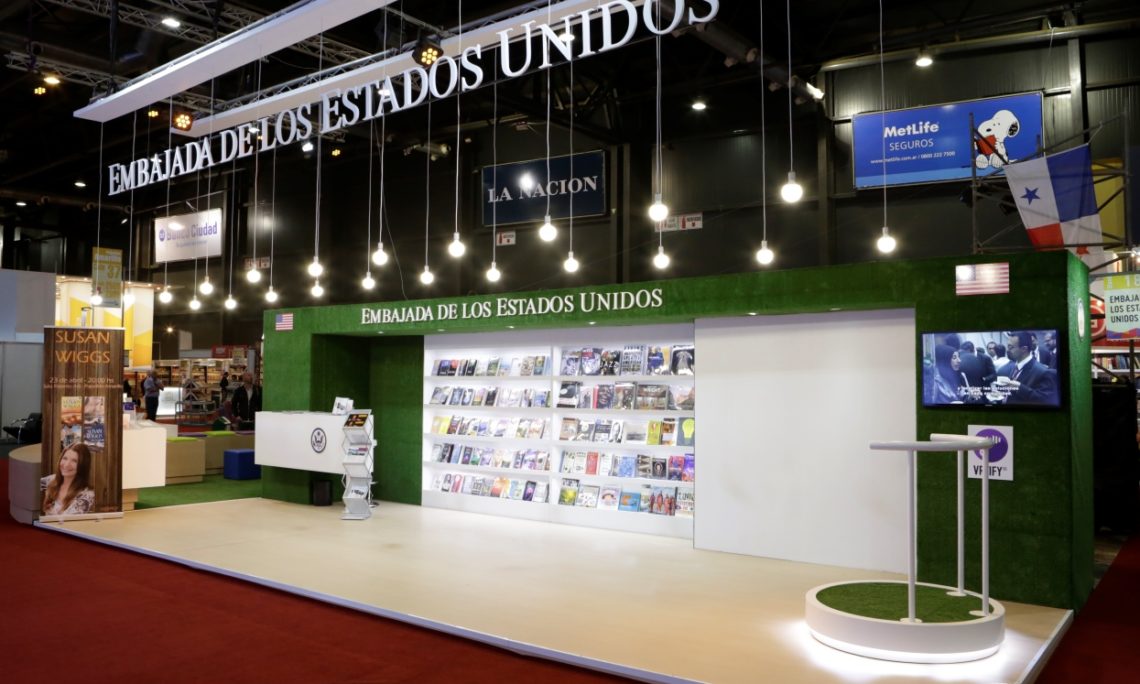 The Embassy of the United Sates was present once more at the 42nd Buenos Aires International Book Fair with a rich program of activities.

This year, our theme was “Creativity and the Creative Process”. Our booth featured a collection of books covering the broad spectrum of creation from arts to technology, for adults and kids. The booth also featured a special section for young adult literature, with the latest releases and informal talks by well-known bloggers and booktubers.

To celebrate President Obama’s recent visit to Argentina, an artist has created a live painting mural reflecting connections between our two countries. Visitors had the opportunity to make some virtual tours of U.S. sites and museums with the aid of the virtual reality technology app VRTIFY.

Activities at the Fair

The Day of the United States was celebrated at the Fair on Saturday, April 30 at 6 pm, with the performance of Gina Chavez in Room José Hernández at the Red Pavillion. Led by the Texan singer Gina Chavez, the sound of this trio is inspired by various Latin rhythms, traversing cumbia, bossa nova, vintage pop, reggaeton and folk blended with a strong social component.

Three authors were the Embassy’s guest writers at the Fair. On Saturday, April 23 at 8 pm, in Room Roberto Arlt at the Yellow Pavillon, Susan Wiggs, author of contemporary and historical romance and women’s literature, whose books have frequently been included in the New York Times best-sellers list, dialogued with her readers.

On Sunday, May 1 at 6 pm, Jude Deveraux, the Queen of Romance Novels dialogued with Susana Reinoso in Room José Hernández, at the Red Pavillion.

On May 7, Rick Yancey, author of “The Fifth Wave” dialogued with Macarena Yianelli in Room José Hernández at the Red Pavillion at 2 pm, and then sign books at 3 pm. Rick was back at the Fair on Sunday 8, to join the Booktuber Gathering.

We also hosted a series of talks at our booth on a wide range of topics. On weekends, we hosted a series of talks on young adult literature by a group of well-known bloggers and booktubers. We also hosted talks about inventors and inventions as well as the maker movement. There was also presentations by participants of the New York University Writing Program, and as usual,  presentations by Embassy officials about visas and travel to the U.S. as well as academic advisers on U.S. studies and scholarships. 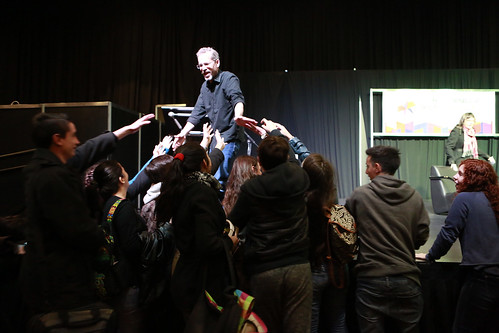