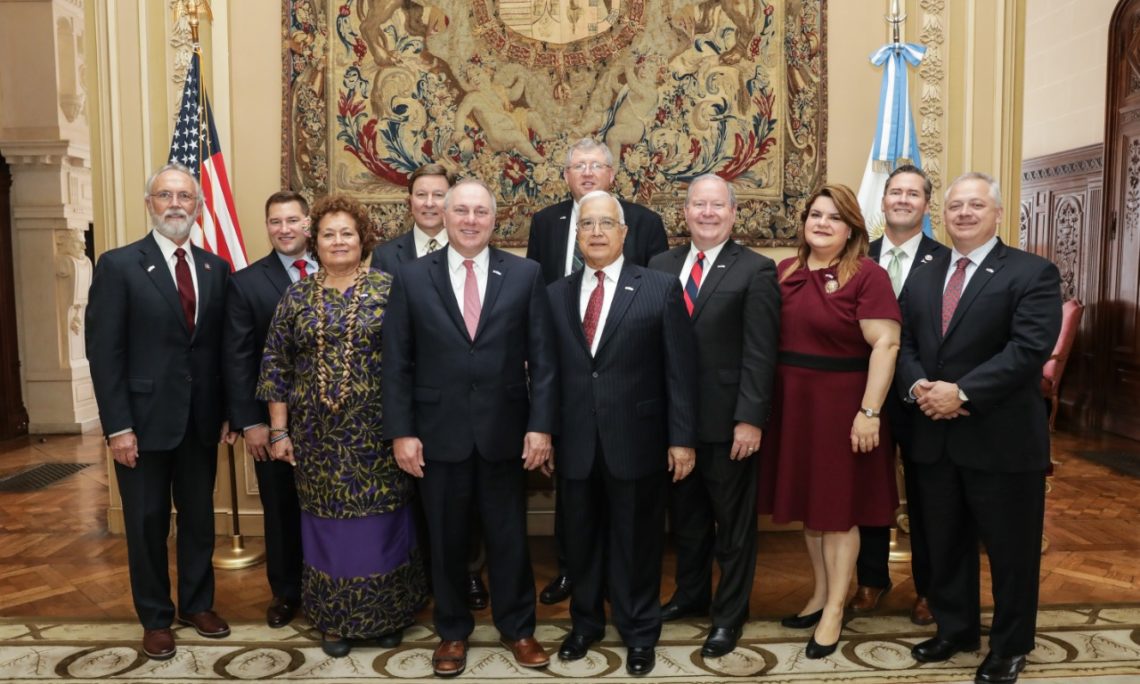 The meetings were focused on understanding and improving the United States’ cooperation with these key allies on matters of international security, counterterrorism, and trade.

“Argentina is a leader among nations in our hemisphere and we are working together on a full and wide range of bilateral and regional issues. I hope our delegation’s meetings in Argentina will further strengthen economic and security cooperation between our two countries and advance our shared interests”, said Representative Scalise.

Steve Scalise represents the First Congressional District of Louisiana. He was elected to the U.S. Congress in 2008 after serving in the Louisiana State Legislature during 1996-2008. He serves as Republican Whip in the U.S. House of Representatives, the second highest position in House Republican leadership. Mr. Scalise advocates for fiscal discipline, lower taxes, a robust national defense, energy development, and conservative cultural values. As a senior member of the House Energy and Commerce Committee, Mr. Scalise helped enact a national energy strategy to increase the supply of U.S. energy and reduce U.S. dependence on Middle Eastern oil. Mr. Scalise also led the House effort to pass the RESTORE Act to protect Louisiana’s Gulf of Mexico coastline. Mr. Scalise graduated from Archbishop Rummel High School and Louisiana State University, where he earned a degree in Computer Science and a minor in Political Science. Mr. Scalise and his wife, Jennifer, have two children, Madison and Harrison.