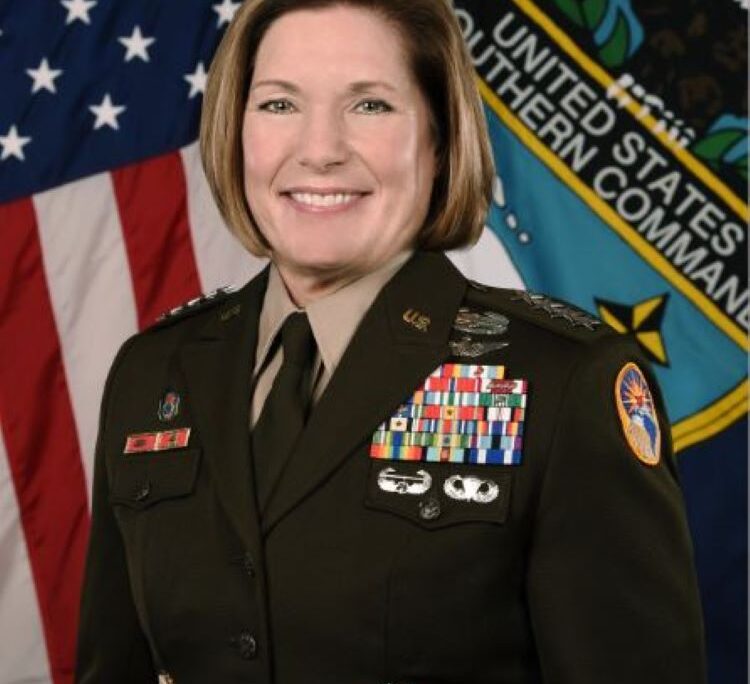 The Commander of the United States Southern Command, General Laura J. Richardson, will visit Argentina this month as part of a regional trip. During her visit, she will meet with members of the Argentine government and the Armed Forces.

General Richardson will present humanitarian donations on behalf of the United States Department of Defense to support the efforts of the White Helmets of Argentina.

General Laura J. Richardson is a native of Northglenn, Colorado and a graduate of Metropolitan State University of Denver, Colorado. She was commissioned into the U.S. Army and trained as an Army Aviator. She holds a Master of Science in National Resource Strategy from the National Defense University’s Dwight D. Eisenhower School for National Security and Resource Strategy.

Over her career General Richardson has commanded from the Company to Theater Army level. She commanded an Assault Helicopter Battalion in combat in the 101st Airborne Division (Air Assault), deploying her unit from Fort Campbell, Kentucky to Iraq 2003-04, in support of Operation Iraqi Freedom. She has also served in numerous staff assignments at a myriad of locations, including Military Aide to the Vice President at the White House in Washington, D.C., the Army’s Legislative Liaison to Congress at the U.S. Capitol, and at the Pentagon as an Army Campaign Planner.

She is married to Lieutenant General Jim Richardson and they have one daughter and a grandchild.