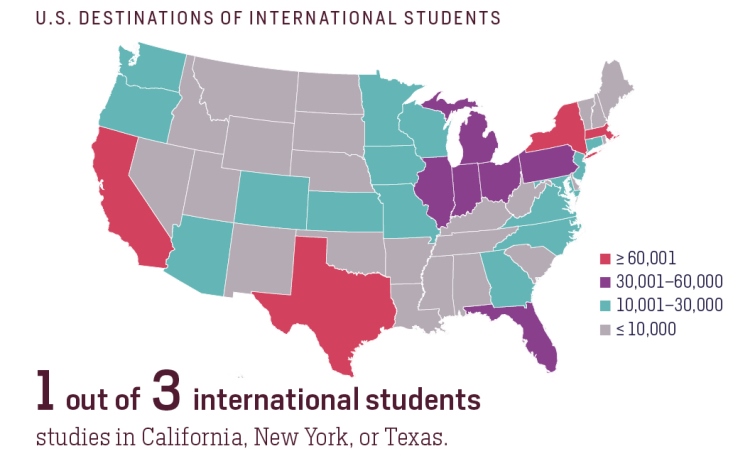 International Student Enrollments Show Signs of Flattening
Study Abroad by U.S. Students Is On the Rise

New York, November 13, 2017 – According to the 2017 Open Doors Report on International Educational Exchange data released today by IIE and the U.S. Department of State Bureau of Educational and Cultural Affairs, the number of international students in the United States increased by three percent over the prior year, and the number of American students studying abroad increased by four percent from the prior year.

In 2016/17, for the second consecutive year, U.S. colleges and universities hosted more than one million international students, reaching a record high of 1.08 million.  Academic exchanges are happening from all directions, from Argentina to the U.S. and from the U.S. to Argentina.

U.S. Embassy Argentina celebrates International Education Week 2017 with several activities and events that highlight the importance of international academic exchanges which have been important to strengthening the bilateral relationship between the United States and Argentina. For a list of events and activities throughout Argentina, visit https://ar.usembassy.gov/wp-content/uploads/sites/26/2017-IEW-ARGENTINA.pdf