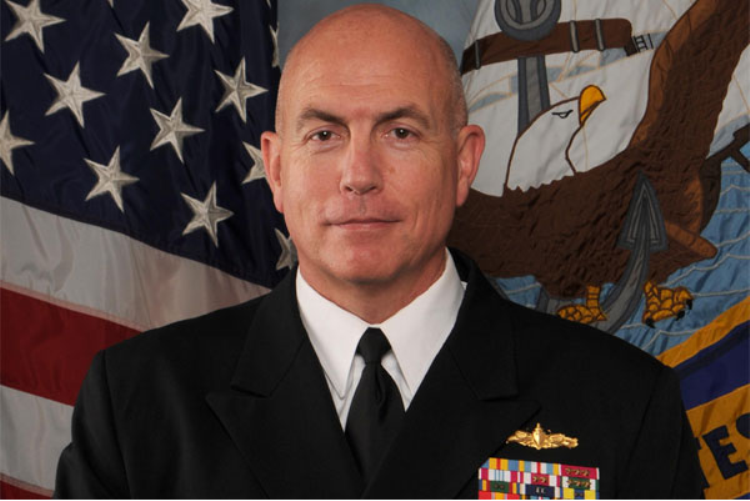 Admiral Kurt W. Tidd, Commander of United States Southern Command, is visiting Argentina June 27-29, 2016.  Admiral Tidd will meet with the Ambassador and Embassy officers, the Minister of Defense (Minister Julio Cesar Martinez), the Argentine Joint Staff, and pay a visit to the Agrupacion de Ingenieros 601 to tour the facilities and meet with the officers.  Admiral Tidd will discuss Humanitarian Assistance/Disaster Relief and Peacekeeping operations as well as Global Peacekeeping Operations and participation in future regional exercises and partnership events.

U.S. Southern Command is responsible for all Department of Defense security cooperation in the 45 nations and territories of Central and South America and the Caribbean Sea, an area of 16 million square miles.

Admiral Tidd graduated in 1974 from Porter-Gaud School, Charleston, S.C. and was commissioned from the U.S. Naval Academy in 1978, with a degree in Foreign Area Studies. Selected in 1984 as an Olmsted Foundation Scholar, Tidd is a French linguist with a master’s degree in Political Science from the University of Bordeaux, France. He also is a graduate of the Armed Forces Staff College and was a Federal Executive Fellow at the Atlantic Council of the United States.

Ashore, he served as the 35th Assistant to the Chairman of the Joint Chiefs of Staff, as well as the Joint Staff Director and Vice Director for Operations (J3). He spent three years on the National Security Council Staff as Director  for Strategic Capabilities Policy, and as a Director for Combating Terrorism. He was the founding Deputy  for Operations on the Chief of Naval Operations’ War on Terrorism Operations Planning Group “Deep Blue” established following the September 11, 2001 terrorist attacks. He was the Assistant Chief of Staff for Operations (N3) at U.S. Naval Forces Central Command/U.S. 5th Fleet, Manama, Bahrain. At the Pentagon, he was in the Navy Staff Strategy and Policy Division (N51) and was the Political-Military Analyst in the Secretary of the Navy’s Office of Program Appraisal. Tidd was the strategic planner on the Chief of Naval Operations’ Executive Panel (N-00K), and at North American Treaty Organization (NATO) Headquarters, Brussels, Belgium, he was Aide to the U.S. representative, NATO Military Committee.