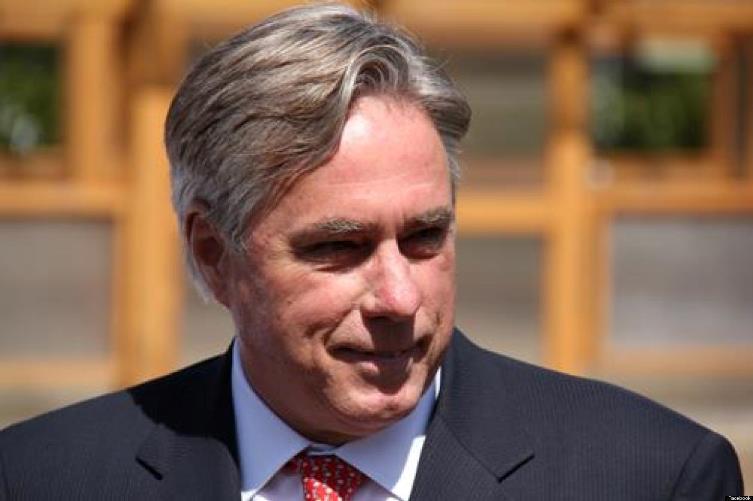 Ambassador David H. Thorne, Senior Advisor to Secretary of State John Kerry, traveled to Argentina on Septermber 14-15 to meet with officials of the Government of Argentina and to participate in the Argentina Business and Investment Forum. During his visit, Ambassador Thorne met with senior officials at the Finance Ministry and production Ministry, and participated in a panel on innovation at the investment forum.

Ambassador David Thorne was named Senior Advisor to the Secretary of State in August 2013. Among other duties, Secretary Kerry has asked Thorne to lead a Department-wide effort to position economic and commercial issues more prominently within the U.S. foreign policy landscape. Ambassador Thorne is also working to elevate the importance of entrepreneurship, technology, and innovation in the State Department’s promotion of global prosperity.

Thorne brings a wealth of public and private sector experience to Foggy Bottom. Most recently, he served from 2009-2013 as the U.S. Ambassador to Italy, following in the footsteps of his father, Landon Thorne Jr., who was administrator of the Marshall Plan for Italy (1953-1956). Ambassador Thorne bolstered U.S.-Italian relations, strengthening partnerships with the leaders of three consecutive Italian governments. On the economic development and technology front, he launched the Embassy-sponsored Digital Economy Forum, a public-private sector collaboration to catalyze innovation, entrepreneurship, and job creation. In 2013, Italian President Giorgio Napolitano made Thorne a Knight of the Grand Cross, the highest ranking honor for meritorious service and achievements in Italy.

Prior to his service with the Department of State, Thorne co-founded Adviser Investments, one of the nation’s most highly regarded investment advisory firms specializing in Vanguard and Fidelity mutual funds and exchange-traded funds. He has been an investor and entrepreneur in a wide variety of business ventures, including marketing consulting, real estate, publishing, and financial services. In 2004, he sold his publishing business to Martha Stewart Omnimedia. Thorne is a former president and board member of the Institute of Contemporary Art in Boston. He served as a lieutenant in the U.S. Navy including a tour in Vietnam from 1966-1970, and is author of The New Soldier (Macmillan 1971).