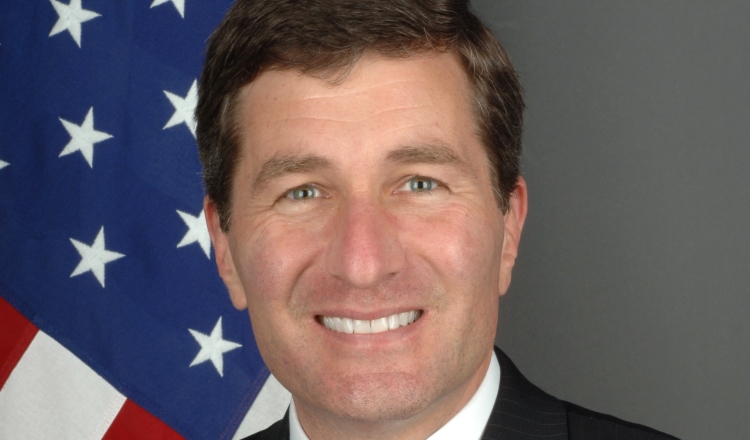 Assistant Secretary of State for Economic and Business Affairs Charles H. Rivkin, traveled to Argentina February 10-12 to meet with officials of the Government of Argentina.  They had explored areas for deepening bilateral economic cooperation, enhancing bilateral trade and investment, and promoting sustained economic growth in both countries.  While in Argentina, Assistant Secretary Rivkin also met with Argentine business leaders, representatives from think tanks and financial analysts. He made a visit to Peru before arriving in Buenos Aires.

Charles H. Rivkin began serving as Assistant Secretary of State for Economic and Business Affairs on February 13, 2014, and was sworn in publicly by U.S. Secretary of State John Kerry on April 15, 2014. Rivkin leads a bureau at the U.S. State Department that is responsible for managing trade negotiations, investment treaties, economic sanctions, transportation affairs, telecommunications policy, international finance and development related issues, as well as intellectual property right protection. The Bureau is also the State Department’s primary link to the private sector through its Office of Commercial and Business Affairs, which supports U.S. business interests overseas and works to create American jobs at home by facilitating foreign investment. In addition, Rivkin provides guidance to the Department’s 1,600 economic officers around the world and to the U.S. Mission to the Organization for Economic Cooperation and Development.

Prior to his appointment, Rivkin served for more than four years as the United States Ambassador to France and Monaco, leading a diplomatic mission that contains six constituent posts throughout France and represents over 50 U.S. government agencies. Rivkin’s confirmation marks the first time a U.S. ambassador and former CEO has ever led the Bureau of Economic and Business Affairs. He is part of a team of business leaders at the State Department who were brought in to support Secretary Kerry’s mandate that ‘economic policy is foreign policy.’

Prior to his government service, Ambassador Rivkin worked in the media sector for over 20 years where he served as President and CEO of award-winning entertainment companies such as The Jim Henson Company and Wildbrain. Rivkin helped engineer the sale of The Jim Henson Company in 2000 for nearly $1 billion and his contribution to the television landscape has influenced generations of viewers. Before joining the State Department, Rivkin was named one of the 100 Most Creative People in Business by Fast Company.

Ambassador Rivkin spent his early childhood in Luxembourg, Senegal, and The Gambia where his father, William R. Rivkin, was the United States Ambassador under Presidents John Kennedy and Lyndon Johnson. In honor of his father, Ambassador Rivkin and his family present the U.S. State Department’s annual Rivkin Award, which has honored “intellectual courage and constructive dissent” among U.S. Foreign Service officers since its creation in 1968.

Ambassador Rivkin received his bachelor’s degree from Yale University in 1984, graduating with distinction in political science and international relations. He received his M.B.A. from Harvard University in 1988. He was personally awarded the Légion d’honneur with the rank of Commander by French President François Hollande (2013), and received the city of Paris’ highest honor – la Grande Médaille de Vermeil de la Ville de Paris – from Paris Mayor Anne Hidalgo (2015). 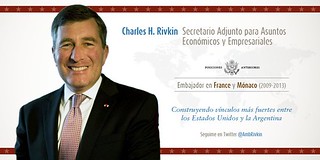