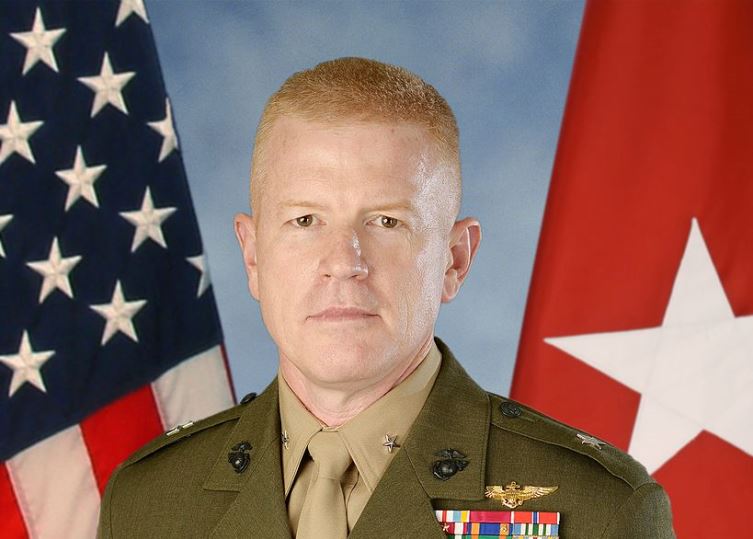 BGen Rock serves as US Southern Command’s Director of Strategy, Policy, & Plans, J5. As the J5, Rock leads the combatant command’s policy recommendations, strategy, and contingency and theater campaign plans for the Caribbean, Central American, and South American regions. His immediate previous assignment was as the Commanding General of the 2d Marine Air Wing.

Brigadier General Rock was commissioned a Second Lieutenant in 1988 upon graduation from the
US Naval Academy. Designated a Naval Aviator in 1990, he flew the CH-46E Sea Knight while serving in
HMM-263, MAG-29, 2d MAW during operational deployments to the Mediterranean, eastern Africa, the
Persian Gulf, and the former Republic of Yugoslavia (1991-95). Following duty as the Air Officer for 3rd
Bn, 8th Mar, 2d MarDiv, (1995-96), he returned to the cockpit as a flight instructor at HMT-204, (1997).

He attended National War College, and took command of VMMT-204, the Joint USMC/USAF MV-22B
training squadron (2008-11). That command tour was followed by duty in the J-5 Strategic Plans and
Policy Directorate (Deputy Directorate-Asia) of the Joint Staff (2011-13). He was the Aviation
Expeditionary Enabler Branch Chief and V-22 Cell Lead at Headquarters Marine Corps (2013-14). BGen
Rock became the Assistant Wing Commander of 2d Marine Aircraft Wing (2d MAW) in July 2014. He
took over as the Commanding General of 2d MAW in June 2015.