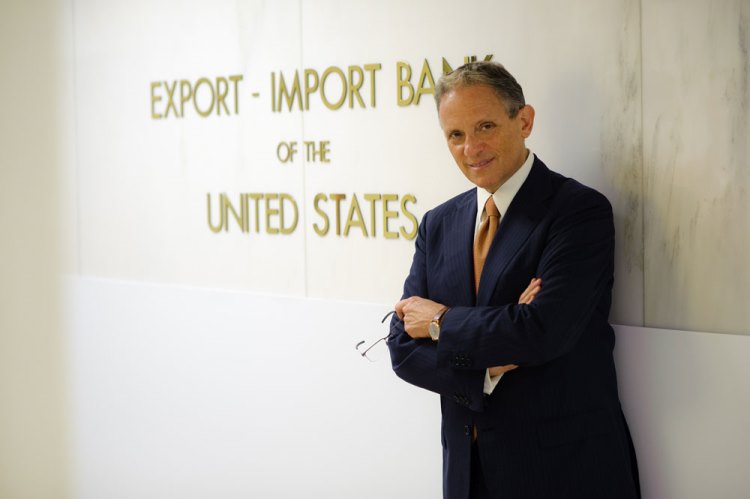 Chairman of the Export Import Bank Fred Hochberg visited Argentina September 13 – 15 to participate in the Argentine Business and Investment Forum. While in Argentina, he met with Argentine government officials at the Ministries of Finance, Production, Energy, and Transportation as well as with the Presidency. He also met with CEOs of various U.S. companies participating in the Forum and with the American Chamber of Commerce.

Fred P. Hochberg is Chairman and President of the Export-Import Bank of the United States (EXIM Bank) and one of the highest ranking business leaders in the Obama Administration.

During his seven years of leadership, EXIM Bank has supported more than 1.4 million American jobs and financed exports with a value exceeding $235 billion, while generating more than $2 billion in surplus revenue for U.S. taxpayers and reducing internal costs by nearly 30 percent. During Hochberg’s tenure, the Bank has increased its focus on customers, particularly America’s small business exporters, and in each of the last several years, nearly 90 percent of EXIM Bank authorizations have directly supported small businesses.

Hochberg has also worked to expand the global footprint of key domestic industries in which U.S. exporters have a comparative advantage, such as renewable energy, aerospace technology, construction and farm machinery, medical technology, and agriculture. In addition, he has streamlined processes, cutting transaction times so that 98% of transactions are processed within 100 days, and introduced innovative new financial products to better equip U.S. companies to win sales in an increasingly competitive global economy.

From 2004 to 2008, Hochberg was dean of the Milano School of International Affairs, Management, and Urban Policy at The New School in New York City.

From 1998 through 2001, he served as deputy, and then acting Administrator of the Small Business Administration (SBA), where he worked to quadruple lending to minority- and women-owned small businesses.

Prior to his service at SBA, Hochberg was the long-time President and Chief Operating Officer of the Lillian Vernon Corporation, where he led the transformation of a small, family-owned mail order company into an international, publicly traded direct marketing corporation.

Hochberg is a past board member of the Port Authority of New York and New Jersey, the Citizens Budget Commission, and FINCA International Micro Finance.

He has served as co-Chair of the Human Rights Campaign, and is a founder of the David Bohnett LGBT Leadership Fellows Scholarship at Harvard’s Kennedy School of Government. He was also an appointed representative to the New York State Financial Control Board.