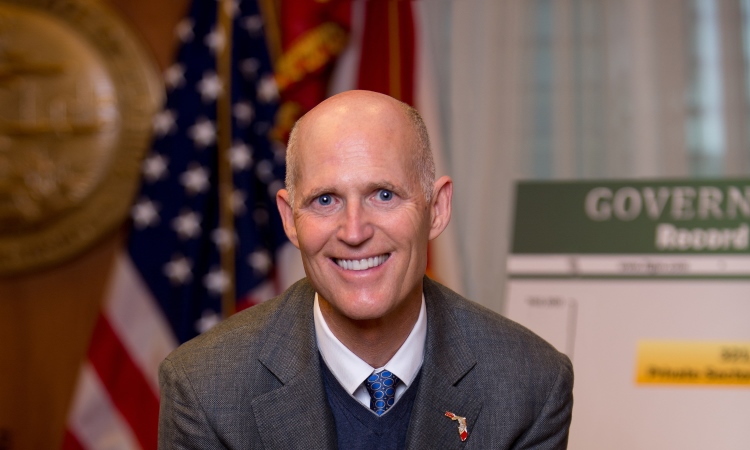 Florida Governor Rick Scott will lead a 60-member mission to Argentina April 23-26.  He will be accompanied by his wife, First Lady of Florida Ann Scott and a large delegation of State of Florida officials (Mayors, Economic Development Offices, Port officials, Utilities) and 15 Florida companies. The Governor will meet with counterparts in the Government of Argentina, and business leaders. The schedule will also include various receptions, networking events, and other meetings hosted by the U.S. Embassy, the Ministry of Foreign Affairs, the Ministry of Production, the American Chamber of Commerce in Buenos Aires, Camera Argentino de Commercio (CAC), the Council of the Americas, and the tourism sector.

Rick Scott is the 45th Governor of the great State of Florida. As promised during his campaign, Scott is focused on creating jobs and turning Florida’s economy around. Born in Bloomington, Illinois, and raised in Kansas City, Missouri, his father was in the 82nd Airborne during World War II. After the war, Gov. Scott’s father was a city bus driver and then a truck driver. His mother worked as a JC Penney clerk. At times the family struggled financially, and when Gov. Scott started public school, they lived in public housing. In high school, Gov. Scott met Ann, and the high school sweethearts have been married for 43 years and have two daughters, Allison and Jordan, and four grandsons, Auguste, Quinton, Sebastian, and Eli.

After attending high school and community college, Gov. Scott enlisted in the United States Navy, where he served on active duty aboard the USS Glover as a radar man. The G.I. Bill enabled Gov. Scott to attend college and law school. While enrolled at the University of Missouri-Kansas City and working full-time at a local grocery store, Gov. Scott and Ann made their first significant foray into the business world by buying two Kansas City doughnut shops for Gov. Scott’s mother to manage. Following graduation from UMKC with a degree in business administration, Gov. Scott earned a law degree from Southern Methodist University.

After law school, Gov. Scott stayed in Dallas, working for the city’s largest law firm, Johnson & Swanson, primarily representing companies in the health care, oil and gas and communication industries.  In 1987, while still practicing law, Gov. Scott made an offer to purchase HCA, Inc.  When the offer was rejected, Gov. Scott started Columbia Hospital Corporation with his and Ann’s entire life savings of $125,000.  Gov. Scott also started Conservatives for Patient’s Rights, which advocated for free market principles of choice, competition, accountability and personal responsibility in health care.  Gov. Scott wanted to prevent further government encroachment on the rights of patients.

When Gov. Scott left Columbia in 1997 at age 44, it was one of the most admired companies in America.  It had grown to become the world’s largest health care company with more than 340 hospitals, 135 surgery centers, and 550 home health locations in 37 states and two foreign countries.  Columbia employed more than 285,000 people, making it the 7th largest U.S. employer and the 12thlargest employer worldwide.

Before moving to Tallahassee, the Scott family lived in Naples. When they are back home, they still attend Naples Community Church, which Rick and Ann helped start in 2006. Throughout their lives, Gov. Scott and First Lady Ann  have served their community through volunteer and charitable work. Rick has served on the National Board of the United Way, and Gov. Scott and Ann have worked with World Vision to create a primary health care system in Bunyala, a poor area of Kenya. In addition, they fund scholarships that enable a low-income student to attend SMU Law School each year. They also fund an entrepreneur contest at George Washington University where one of their daughters received a business degree.

Gov. Scott is known as an innovator in business, health care, and politics. His specialization was in health care mergers and acquisitions, and it was during his work on these transactions that he recognized how patients could be better served by improving hospital efficiency, lowering costs, and focusing on better outcomes.

Through his entrepreneurship, Gov. Scott developed a reputation in the health care industry for providing affordable, high quality care to patients. As Governor, he brings a similar vision for quality and efficiency to benefit the people of Florida.