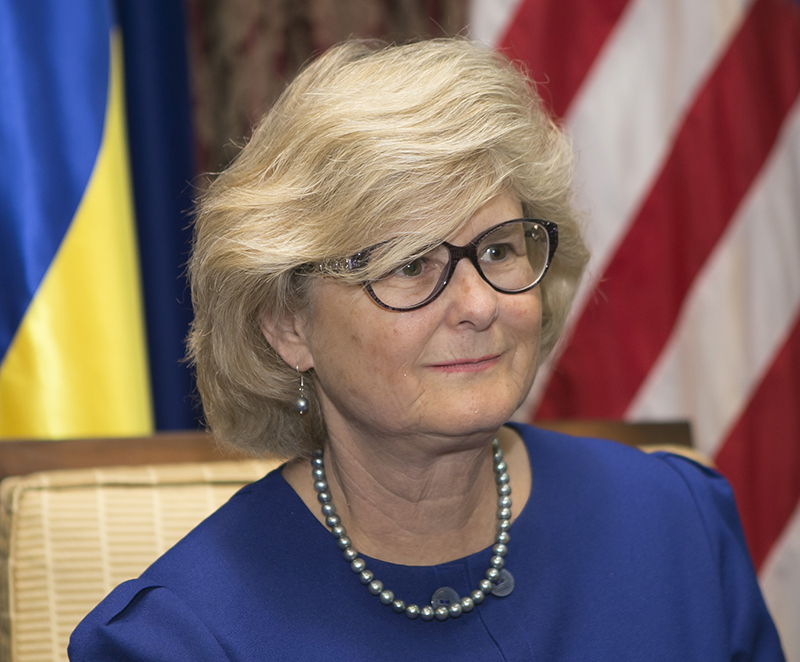 Michele Thoren Bond was sworn in as Assistant Secretary of State for Consular Affairs on August 10, 2015.  As Assistant Secretary, Ambassador Bond leads a team of 13,000 consular professionals in almost 300 locations across the United States and around the world who protect the lives and interests of U.S. citizens abroad, facilitate legitimate international travel, and help protect our nation’s borders.

A career member of the Senior Foreign Service, Ambassador Bond has more than 38 years of diplomatic experience in Europe, Africa, and Latin America.  She served as Consul General in Amsterdam, and also served at the U.S. embassies in Guatemala City, Belgrade, Prague, and Moscow.  Washington assignments include service as director of Consular Affairs’ public outreach office, director of consular training at the National Foreign Affairs Training Center, and in the Bureau of Intelligence and Research.

Ambassador Bond received the Mary A. Ryan Award for Outstanding Public Service in 2010 and the 2015 Thomas Jefferson Award, conferred by American Citizens Abroad, for outstanding service by a State Department employee to U.S. citizens abroad.

An honors graduate of Wellesley College, Ambassador Bond earned Masters degrees at Georgetown University and the National War College.  She is married to Clifford G. Bond, a retired Foreign Service Officer and former Ambassador to Bosnia-Herzegovina.  They have four adult children.