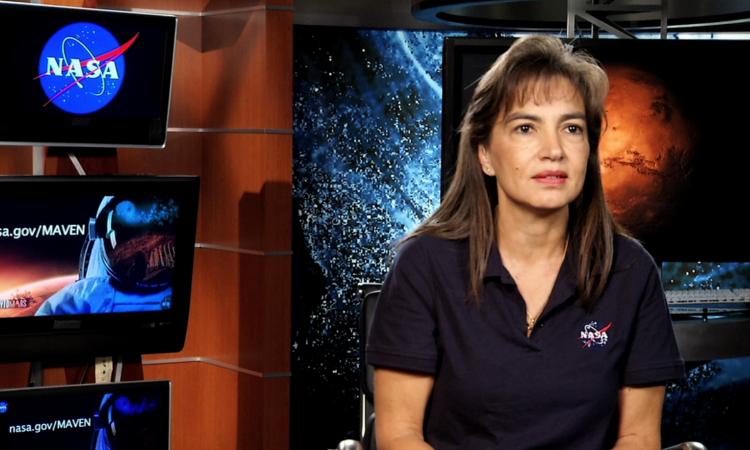 Dr. Sandra Cauffman, Deputy Director for the Earth Science Division, Science Mission Directorate at NASA, will visit Buenos Aires September 3-7.  She will attend and give plenary remarks at the conference “Strengthening Disaster Risk Reduction across the Americas: A Regional Summit on the Contribution of Earth Observations”  She will also meet with Argentine counterparts at the Argentine Ministry of Science, Technology and Productive Innovation and the National Commission on Air and Space Activities, and give talks about the role of women in science.

Prior to joining NASA HQ, Mrs. Cauffman worked at the Goddard Space Flight Center (GSFC) for 25 years serving on a variety of roles.  She served as the Deputy Systems Program Director for the Geostationary Operational Environmental Satellite (GOES)-R Series, a multi-billion dollar operational geostationary weather satellite program developed in partnership with the National Oceanic and Atmospheric Administration (NOAA).  Before returning to the GOES program for the third time in her career, Mrs. Cauffman was the Deputy Project Manager for the Mars Atmosphere and Volatile Evolution (MAVEN) Mission, a NASA mission to the red planet, which launched on November 18, 2013 and arrived at Mars on September 21, 2014.  MAVEN is providing a comprehensive picture of the present state of the upper atmosphere and ionosphere of Mars and the processes controlling them to determine how loss of volatiles to outer space in the present epoch varies with changing solar conditions.

She served as the Project Manager (PM) for the Gravity and Extreme Magnetism Small Explorer (SMEX) (GEMS). In June 2009, GEMS was one of two missions selected for implementation competing on the 2008 SMEX Announcement of Opportunity (AO).  GEMS was an Astrophysics mission using X-Ray polarimetry to probe the structure and effects of the formidable magnetic field around black holes, magnetars, dead stars. Previously, Mrs. Cauffman was the Assistant Director for the Flight Projects Directorate for almost 5 years.  As assistant Director, Mrs. Cauffman helped maintain technical and administrative oversight for the Directorate.

Mrs. Cauffman worked on GOES as an Instrument Manager supporting the design, development, fabrication, test and launch and on-orbit checkout of the GOES-I/M and N/P SXI and SEM instruments.  Mrs. Cauffman joined NASA in February 1991, when she started as the Ground Systems Manager for the Satellite Servicing Project, where she supported missions such as Hubble Space Telescope (HST) First Servicing Mission, Upper Atmosphere Research Satellite (UARS), and Explorers Platform (EP)/Extreme Ultraviolet Explorer (EUVE).  Before her NASA life, Mrs. Cauffman worked for Engineering and Economics Research (EER).

Mrs. Cauffman has been awarded the NASA Exceptional Achievement Medal and she is a two-time recipient of the NASA Outstanding Leadership Medal. She is also a four times recipient of the NASA Acquisition Improvement Award.  She is a Senior Fellow on the Council for Excellence in Government. She received a B.S. in Physics, a B.S in Electrical Engineering and a M.S. in Electrical Engineering, all from George Mason University.  Mrs. Cauffman was born in Costa Rica and is fluent in Spanish.