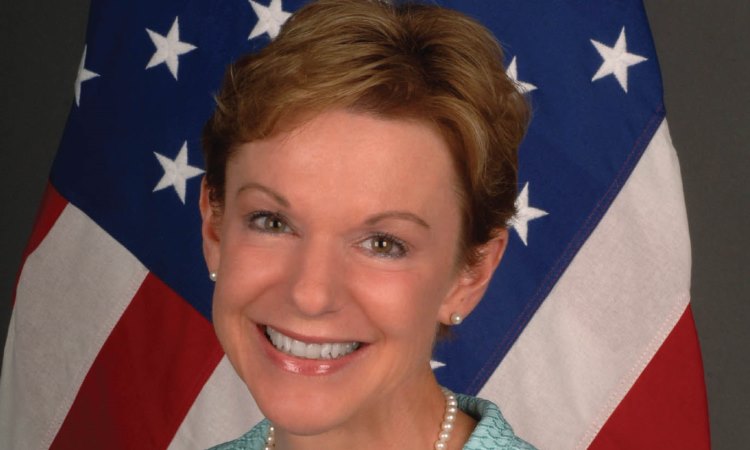 Kristie Kenney, Special Advisor to Secretary of State John Kerry, will  travel to Argentina February 3-4 to meet with officials of the Government of Argentina.  They will discuss new opportunities for increased bilateral cooperation on a wide range of topics of mutual interest.  While in Argentina, the Special Advisor will also meet prominent politicians from a wide political spectrum, women leaders, business representatives and public opinion influencers.  She will make a visit to Uruguay before arriving in Buenos Aires.

Ambassador Kristie Kenney currently serves as Senior Advisor to the Secretary of State. In this capacity, she provides strategic guidance to the Secretary on foreign policy, undertakes efforts to enhance U.S. diplomacy and public outreach, and conducts special diplomatic assignments as directed by the Secretary. She is a member of the Senior Foreign Service and holds Department’s highest diplomatic rank of Career Ambassador.

From 2014-2015, as a Deputy Assistant Secretary of State, Ambassador Kenney oversaw U.S. public diplomacy and strategic communications across the Asia-Pacific. She has previously served as the Department of State Executive Secretary and on National Security Council staff at the White House. Her other assignments have included positions at U.S. Embassies in Jamaica, Switzerland, and Argentina.

The daughter of a public school teacher and a World War II veteran, Ambassador Kenney grew up in the suburbs of Washington, D.C. She holds a bachelor’s degree from Clemson University and a master’s degree from Tulane University. She also attended the National War College in Washington, D.C. She speaks Spanish and French, as well as some Thai and Tagalog, and is the recipient of several prominent awards for leadership.