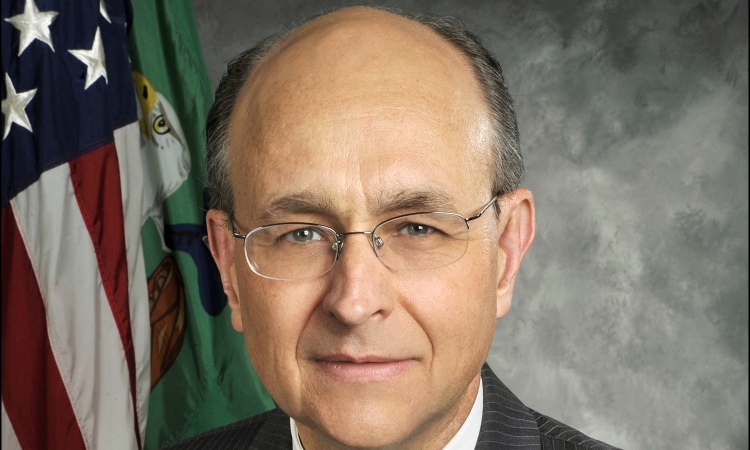 Nathan Sheets, Under Secretary for International Affairs of the Department of the Treasury

Nathan Sheets, Under Secretary for International Affairs of the Department of the Treasury, traveled to Argentina on March 15-16 to meet with officials of the Government of Argentina. Under Secretary Sheet’s visit to Buenos Aires was the first senior Treasury official visit to the country since 2004. During his visit, he met with Argentine Finance Minister, Central Bank Governor, and other members of President Macri’s economic team to discuss opportunities for bilateral cooperation, and G-20 priorities. He visited Brasil before arriving in Buenos Aires.

Nathan Sheets was confirmed by the U.S. Senate as the Treasury Department’s Under Secretary for International Affairs in September 2014.  In this position, he serves as the senior official responsible for advising the Secretary of the Treasury on international economic issues.

Previously, Mr. Sheets worked as Global Head of International Economics at Citigroup, a position which he took up in September 2011.  In that role, he provided economic and financial insights to the firm’s institutional clients around the world and helped lead Citi’s team of economists.  He also appeared regularly on CNBC, Bloomberg TV, and CNN International.  His research projects focused on global themes, with a particular emphasis on the role of the United States in the world economy.

Mr. Sheets worked previously at the Federal Reserve Board for 18 years in a variety of positions.  From September 2007 to August 2011, he served as Director of the Board’s Division of International Finance and as one of three Economists to the Federal Open Market Committee (FOMC).  He advised the Committee on macroeconomic and financial developments in foreign economies, as well as on the outlook for U.S. trade, the dollar, and global commodity prices.  He also played a key role in the Fed’s swap line program with other central banks during the financial crisis.  Mr. Sheets represented the Federal Reserve at a range of international meetings and was a member of the Committee on the Global Financial System (CGFS) sponsored by the Bank for International Settlements.  From 2006-07, while on leave from the Board, he served as a Senior Advisor to the U.S. Executive Director at the International Monetary Fund.