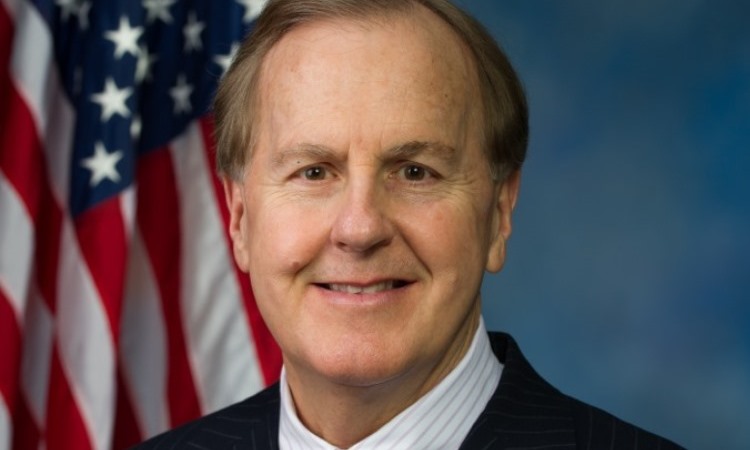 Rep. Robert Pittenger ( R-NC), Vice Chairman of the House Financial Services Committee Task Force to Investigate Terrorism Financing, will visit Argentina on November 21 as a co-organizer of the 1st Regional Parliamentary Intelligence and Security Forum with the House of Representatives of the Republic of Argentina and the Argentine Financial Intelligence Unit.  Daniel Glaser, Assistant Secretary for Terrorist Financing at the Department of the Treasury, will also visit Argentina on November 21-22 to participate in the Forum and co-chair with the Finance Ministry of Argentina a bilateral dialogue with Argentine counterparts on illicit finance.

Born and raised in Texas, Robert was the youngest of four children. After graduating from the University of Texas, Congressman Pittenger worked for 10 years as Assistant to the President of Campus Crusade for Christ, helping bring the work of the organization to over 170 countries. In 1985, Congressman Pittenger and his family moved to Charlotte, where he built a national real estate investment company from scratch.

Congressman Pittenger brings a strong conservative voice to his role with House Leadership, serving as a Member of the Whip Team and on the Steering Committee of the influential Republican Study Committee. He is a Member of the House Committee of Financial Services and serves as Vice Chairman of the Task Force to Investigate Terrorism Financing. As Chairman of the Congressional Task Force on Terrorism and Unconventional Warfare, Congressman Pittenger has met with hundreds of world leaders and security experts to advocate increased global cooperation in the fight against ISIS.

Congressman Pittenger and his wife, Suzanne, live in Charlotte and have four grown children and nine wonderful grandchildren. They attend Central Church of God.

Daniel L. Glaser was confirmed by the U.S. Senate on May 27, 2011 to serve as Assistant Secretary for Terrorist Financing in the Office of Terrorism and Financial Intelligence. As Assistant Secretary, Glaser is responsible for helping to formulate and coordinate counterterrorist financing and anti-money laundering policies and strategies for the Department.

Glaser served previously as Treasury’s Deputy Assistant Secretary for Terrorist Financing and Financial Crimes from November 2004 to May 2011. He was responsible for developing and coordinating policies to protect the U.S. and international financial systems from abuse related to money laundering, terrorist financing, and the financing of the proliferation of weapons of mass destruction. Glaser also served as the Head of the U.S. Delegation to the Financial Action Task Force (FATF), the premier international anti-money laundering and counterterrorism financing body.

Prior to that position, Glaser served as the first Director of the Treasury Department’s Executive Office of Terrorist Financing and Financial Crimes and as Senior Counsel for Financial Crimes in the Office of the General Counsel. He also served as an attorney for the U.S. Secret Service. Glaser began his career as an associate in the law firm of Coudert Brothers. He is a graduate of the University of Michigan and the Columbia University School of Law.