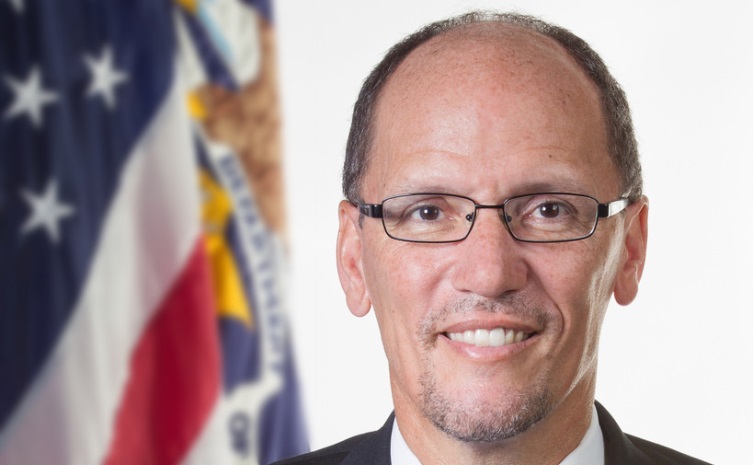 Thomas E. Perez, the nation’s 26th secretary of labor, has dedicated his entire career to making good on the promise of opportunity for all. A civil rights lawyer by training, Secretary Perez leads the U.S. Department of Labor in its mission of giving all Americans the chance to get ahead and stay ahead.

Under Secretary Perez’s leadership, priorities for the department include ensuring a fair day’s pay for a fair day’s work through continued efforts to raise the minimum wage, expand overtime protections, and by being smarter and more strategic in the department’s enforcement of federal law. Secretary Perez strives every day to ensure that Americans return home from their jobs safe and healthy. Perez has made job training and workforce development a focal point of his tenure. With historic investments in community colleges and apprenticeships and the department’s implementation of the bipartisan Workforce Innovation and Opportunity Act, he is committed to connecting ready-to-work Americans with ready-to-be-filled jobs. His efforts to protect Americans’ hard-earned retirement savings include a rule to require financial advisers to put their customers’ best interest first. Additionally, Perez has kept up the drumbeat on state and local progress to expand access to paid leave. He also helps ensure that people with disabilities and veterans have access to employment opportunities and other supports to help them succeed.

During his tenure, Secretary Perez has collaborated with a wide variety of stakeholders – including private-sector employers, labor unions, nonprofits and foundations – to build a broad coalition and forge lasting partnerships to address inequality and create shared prosperity. Notably, President Obama tapped Secretary Perez to assist with a monthslong dispute at the West Coast ports, where he helped broker a deal between labor and management that enabled the ports to resume operations. He has earned a reputation for listening to all sides and crafting pragmatic solutions rooted in progressive values.

He has worked at all levels of government to move our country forward on a host of fundamental issues of fairness. Prior to his swearing in as secretary of labor, Secretary Perez served as assistant attorney general for civil rights at the U.S. Department of Justice, where he fought to protect voting rights, ensure that communities have effective and democratically accountable policing, crack down on discriminatory lending and housing, and expand opportunity for marginalized communities. As director of the Office of Civil Rights at the U.S. Department of Health and Human Services during the Clinton administration, he helped ensure that people of all backgrounds could access quality, affordable health care. Perez also tackled civil rights, criminal justice and constitutional issues as a special counselor for Sen. Ted Kennedy.

Secretary Perez also served the people of Maryland in a variety of roles. He was the first Latino elected to the Montgomery County Council, where he served from 2002 to 2006. Later, as secretary of Maryland’s Department of Labor, Licensing and Regulation from 2007 to 2009, he helped implement the country’s first living wage law and spearheaded a package of reforms to address the foreclosure crisis.

The son of Dominican immigrants, Secretary Perez was born and raised in Buffalo, New York. Public service was the family business. Perez’s maternal grandfather was the ambassador to the United States from the Dominican Republic in the 1930s, until he spoke out against his home country’s brutal dictator and was declared non grata. Perez’s father, a physician, served in the U.S. Army and worked for many years at the Veterans Affairs hospital in Buffalo.

A graduate of Brown University and Harvard University, Perez has taught law and public health at universities in Maryland and the District of Columbia. He lives in Maryland with his wife, Ann Marie Staudenmaier, and their three children. An avid runner and athlete, he coaches his children’s basketball and baseball teams. He credits his unrelenting optimism to being a lifelong Buffalo Bills fan. 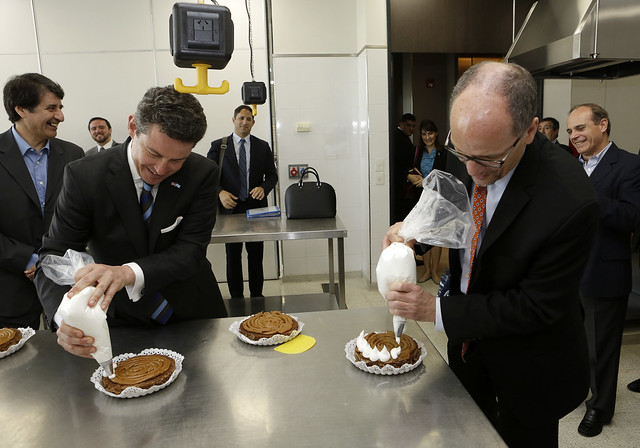