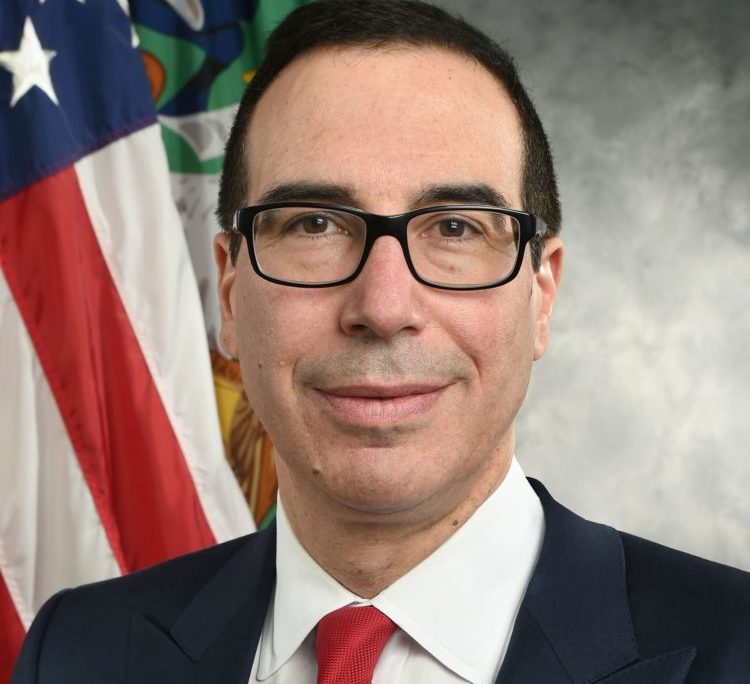 Steven Terner Mnuchin was sworn in as the 77th Secretary of the Treasury on February 13, 2017.

As Secretary of the Treasury, Mr. Mnuchin is responsible for the executive branch agency whose mission is to maintain a strong economy, foster economic growth, and create job opportunities by promoting the conditions that enable prosperity and stability at home and abroad. He is also responsible for strengthening national security by combating economic threats and protecting the integrity of our financial system as well as managing the U.S. Government’s finances.

Prior to his confirmation, Secretary Mnuchin was Finance Chairman for Donald J. Trump for President. In this role he spent the last year traveling with the President. He met with hundreds of business leaders. He also served as a Senior Economic Advisor to the President in crafting his economic positions and economic speeches.

Earlier in his career, Secretary Mnuchin worked at The Goldman Sachs Group, Inc. where he was a Partner and served as Chief Information Officer.  He has extensive experience in global financial markets and oversaw trading in US government securities, mortgages, money markets, and municipal bonds.

Secretary Mnuchin is committed to philanthropic activities and previously served as a Member of the Boards of the Museum of Contemporary Art Los Angeles (MOCA), the Whitney Museum of Art, the Hirshhorn Museum and Sculpture Garden on the Mall, the UCLA Health System Board, the New York Presbyterian Hospital Board, and the Los Angeles Police Foundation. He was born and raised in New York City. Secretary Mnuchin holds a Bachelor’s Degree from Yale University.