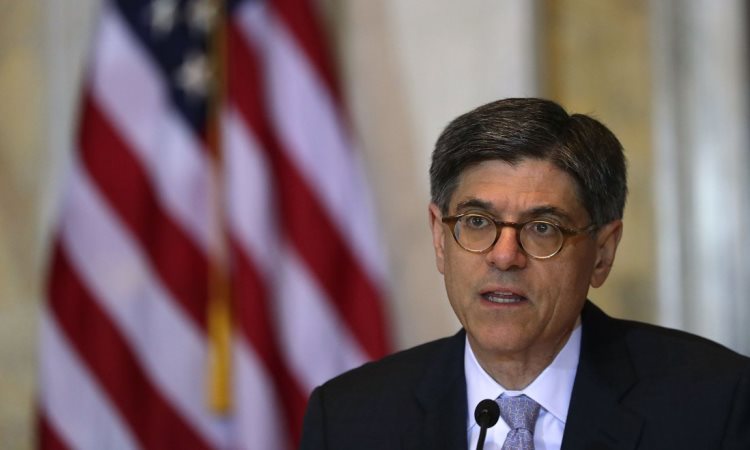 Secretary of the Treasury Jacob Lew  visited Argentina on September 26, as part of a trip that included visits to Brazil, Colombia and Mexico, in order to meet his official counterparts and private sector leaders to discuss policies to promote shared growth and stability, combating money laundering and the advance of G-20 priorities in Latin America and the world.

During his visit, Lew secretary held a meeting with President Mauricio Macri, visited the Argentine American Chamber of Commerce, met with Finance Minister Alfonso Prat-Gay, and lectured on “The global economy and the economic relationship between the USA and Argentina “at University Torcuato Di Tella.

Jack Lew was confirmed by the United States Senate on February 27, 2013, to serve as the 76th Secretary of the Treasury. Secretary Lew previously served as White House Chief of Staff. Prior to that role, Lew was the Director of the Office of Management and Budget (OMB), a position he also held in President Clinton’s Cabinet from 1998 to 2001. Before returning to OMB in 2010, Lew first joined the Obama Administration as Deputy Secretary of State for Management and Resources.

Before joining the State Department, Lew served as managing director and chief operating officer for two different Citigroup business units.  Prior to that, he was executive vice president and chief operating officer of New York University, where he was responsible for budget, finance, and operations, and served as a professor of public administration.  From 2004 through 2008, Lew served on the Board of Directors of the Corporation for National and Community Service and chaired its Management, Administration, and Governance Committee.

As OMB Director from 1998 to 2001, Lew led the Administration budget team and served as a member of the National Security Council.  During his tenure at OMB, the U.S. budget operated at a surplus for three consecutive years.  Earlier, Lew served as OMB’s Deputy Director and was a member of the negotiating team that reached a bipartisan agreement to balance the budget. As Special Assistant to President Clinton from 1993 to 1994, Mr. Lew helped design Americorps, the national service program.

Lew began his career in Washington in 1973 as a legislative aide.  From 1979 to 1987, he was a principal domestic policy advisor to House Speaker Thomas P. O’Neill, Jr, when he served the House Democratic Steering and Policy Committee as Assistant Director and then Executive Director.  He was the Speaker’s liaison to the Greenspan Commission, which negotiated a bipartisan solution to extend the solvency of Social Security in 1983, and he was responsible for domestic and economic issues, including Medicare, budget, tax, trade, appropriations, and energy issues.

Before joining the Obama Administration, Lew co-chaired the Advisory Board for City Year New York and was on the boards of the Kaiser Family Foundation, the Center on Budget and Policy Priorities, the Brookings Institution Hamilton Project, and the Tobin Project.  He is a member of the Council on Foreign Relations, the National Academy of Social Insurance, and of the bar in Massachusetts and the District of Columbia.