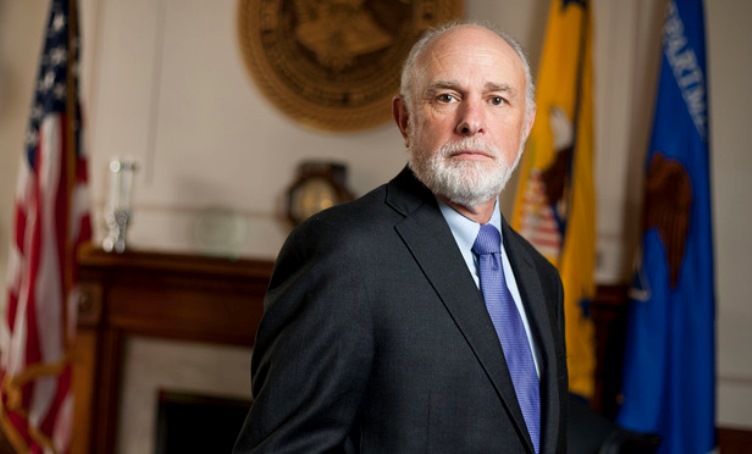 William J. Baer, Principal Deputy Associate Attorney General, US Department of Justice, and Ambassador Luis E. Arreaga, Deputy Assistant Secretary of State for the Bureau of International Narcotics and Law Enforcement Affairs of the Department of State, will visit Argentina on November 14-17, to participate in the Second International Conference on Access to Legal Aid in Criminal Justice Systems. The conference, organized by  the Government of Argentina together with The International Legal Foundation, the United Nations Development Programme, and the United Nations Office on Drugs and Crime, will focus on developing effective strategies to meet the criminal legal aid service needs of the poor.

Since April 17, 2016, Bill Baer has served as the third-highest ranking official at the United States Department of Justice.  As the Principal Deputy Associate Attorney General, he supervises the work of five of DOJ’s large litigating components — the Antitrust, Civil, Civil Rights, Tax, and Environment and Natural Resources Divisions — as well as the Office for Access to Justice and DOJ’s grant-making components. He has been designated by the Attorney General to serve as the co-chair of the White House Legal Aid Interagency Roundtable.

Mr. Baer served as the Assistant Attorney General for the Antitrust Division from January 2013 until April 2016, following his confirmation by the United States Senate. Under Mr. Baer’s leadership, the Antitrust Division’s action against Apple for price-fixing e-books enabled state attorneys general and private plaintiffs to secure $560 million in refunds to consumers. In 2015, the Division obtained a record $2.5 billion in fines by exposing a scheme by Citicorp, JPMorgan Chase, Barclays and the Royal Bank of Scotland and others to rig the foreign currency exchange spot market. Throughout his tenure, the Division stood up against corporate behavior that would have damaged financial markets and hurt consumers in industries from beer and wine to airlines and broadband companies.

Prior to his appointment as Assistant Attorney General, he was a Partner and Head of the Antitrust Practice Group at Arnold & Porter LLP in Washington, DC, with extensive experience in both criminal and civil antitrust investigations, including merger and acquisition reviews by antitrust enforcement agencies in the United States and globally. At Arnold & Porter since January 2000, Mr. Baer was involved in matters involving high tech, communications, health care, and intellectual property, among others. He has been recognized frequently as a leading and influential antitrust lawyer. Mr. Baer was also a Partner at Arnold & Porter from 1983 until April 1995 and an Associate from 1980 until 1983. He specialized in complex civil and criminal investigations and litigation, principally in the antitrust and trade regulation areas.

From April 1995 until October 1999, Mr. Baer was the Director, Bureau of Competition at the Federal Trade Commission (FTC). As Director, he supervised the antitrust law enforcement activities of 220 staff in the Bureau of Competition and 170 staff in FTC’s regional offices and oversaw significant enforcement successes, including blocking mergers in office supply and drug wholesale markets. His work also included successfully challenging exclusionary practices in toy, information technology, and brand name and generic drug markets. Mr. Baer also worked at the FTC from 1975 until 1980 as Assistant General Counsel for Legislation & Congressional Relations (1978-1980); Assistant to Chairman Michael Pertschuk (1977-1978); Assistant to the Director, Bureau of Consumer Protection (1976-1977); and Trial Attorney, Bureau of Consumer Protection (1975-1976).

Mr. Baer is a member of the American Bar Association’s Antitrust Section. He has lectured in North America, Europe and Asia on various antitrust and consumer protection issues.

Ambassador Luis E. Arreaga was appointed Deputy Assistant Secretary of State for the Bureau of International Narcotics and Law Enforcement Affairs in November, 2013. In this capacity he is responsible for State Department programs combating illicit drugs and organized crime, as well as support for law enforcement and rule of law in the Western Hemisphere.

He previously served as Deputy Chief of Mission at the United States Embassy in Panama, U.S. Consul General in Vancouver, Canada and as director of the Executive Secretariat Staff at the U.S. Department of State in Washington, D.C. He has also served as Deputy Director of the State Department´s Operations Center and Special Assistant to the Under Secretary for Political Affairs. Other overseas postings include United States Mission to the United Nations in Geneva, the United States Embassy in Spain, and the Agency for International Development in Peru, El Salvador, and Honduras.

Luis Arreaga was born and raised in Guatemala before immigrating to the United States. He is a graduate of the University of Wisconsin at Milwaukee where he received a Ph.D. in economics and a Master’s Degree in Management.